so some already settled, some still searching for their best place to live.
During the night and some feedback we releasing now with the 5PM restart a little patch to HWS.

We are now making a little exception and going to ease our lives a bit more. For some time we have been speaking in “server time” and it has made it easier in many ways. A natural progression to make life easier for us (admins) is to consolidate to ONE universal time so that when we talk and share logs, its easy and consistent. It does change how we talk about our restarts, however, and since we are adding a third restart lets remind ourselves - we speak in UTC +1, aka “server time”:

Restart times are now equal on all three servers. Which means in more detail:

These are the restart times and other ‘features’ will be be aligned to these times as well.
(Quick conversion help. 9AM “server time” = Midnight Pacific; 5PM = 8AM Pacific; 11PM = 5PM Pacific)

Gameplay change to Xion and Sienna and Ju

Having three easy friendly perma PvE planets wasn’t the best and last minute idea yesterday. After some thoughts and requests here is the new way of the three planets giving them a real purpose:

This should give people on the weekend a breath to play

The idea here is to show if Guardian and Trader can build and defend together. Monday - Friday the planet belongs to them and let’s see how they beat the intruders at the weekend!

Ju is meant as a beautiful but harsh planet. It is permanent PvE but with a little price: surviving!

Last but not least we want to encourage people to really live permanently and peaceful on PvE if they have the needed Reputation Points for the Xeno and Nox planet.

On each PvP space playfield except Xeno and Nox Nebula we applied taxes now (Homeworld Space + X Nebula). Basically the lags, disconnects and problems there should not be the perma drama anymore and we hope we reduce it with this change.
You get also Attention messages in almost each space playfield now.

Q: Why do I don’t get RP on Pirate Starter although I am on killing spree?
A: Nice that you did it with a pistol, stone or potatoes but you NEED your epic minigun for getting RP! Read please:

This topic will contain a table of contents HWS Reputation Points are essentially Fame Currency for HWS. HWS RP can grant you powerful advantages, so it’s definitely worth it to consistently work to increase your reputation and earn a high HWS RP balance. With a high balance and a steady income of HWS RP, you can spend it like currency to unlock greater access to gameplay advantages and various abilities. How To Acquire Reputation Points (HWS RP)? There are several active ways to earn RP in a…

Q: Are meteorites still buggy / only one type?
A: since there is a max. of 30 meteorites per planet it can happen that one resource type is just over populated. Either get rid of them or wait. With the next patch we can control these better though

Q: CSW -> Donator Planets
A: As expected the cries, complains and massive lack of understanding (well, nobody read anyways) are very high. It is a new system. People need to get used to it. It is still under observation. Just a little hint: less asking / flaming: more reading.
@Jascha will look into rare cases where ships get lost. We don’t know why yet since it is working all the other times perfect.

Q: PDA Trader mission not working
A: I am on it. For now not understandable why it works sometimes and sometimes not.

had to remember that if trader you get RP if living only in PVE places, so at least some of those PVE places is needed or then have to change RP gain

Q: Why do I don’t get RP on Pirate Starter although I am on killing spree?
A: Nice that you did it with a pistol, stone or potatoes but you NEED your epic minigun for getting RP! Read please:

How do taxes work exactly ? How long before I have to pay them ?

Those are good changes, Good job guys and thanks fo Your hard work.
There is one exeption tho.

Taxes in pvp space,
Everyone just gonna run to non taxed systems. It will probably end up as starters on day one.
Full and laggy.
preformance will be really low and everyone will be annoyed.
This is serious overkill. 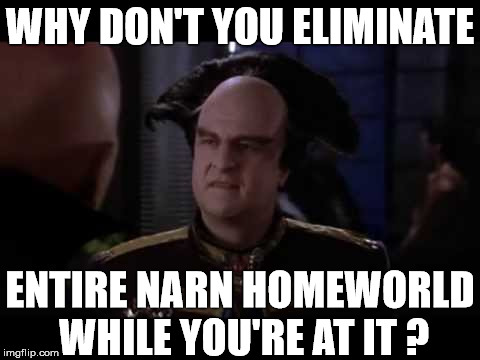 You should really think about it otherwise issues may just push lot of players especially new ones off server.

If you look closely the system where PvP will be done are taxed. The other ones not. No PvP = No risk of lagging and what not.
But of course we will observe the performance everywhere and these changes were made because we learnt from the past.

Atm there’s 4 orbits where to park, 2 of which are limited to 1 CV/HV/BA/SV… of course people will rush to the rep orbits…

Q: CSW -> Donator Planets
A: As expected the cries, complains and massive lack of understanding (well, nobody read anyways) are very high. It is a new system. People need to get used to it. It is still under observation. Just a little hint: less asking / flaming: more reading.
@Jascha will look into rare cases where ships get lost. We don’t know why yet since it is working all the other times perfect.

Of course there will be as with most unpopular changes, however it does not come from the lack of understanding. Most of us do understand the need for the performance freed by that, what however we’re not that much fine with is being forced to use CSW that is at an acceptable level at best. The reset of ships settings IS a major issue. And there’s also the issue that you can guess most people will just forgo going there and will even more clog other playfields.

Atm there’s 4 orbits where to park, 2 of which are limited to 1 CV/HV/BA/SV… of course people will rush to the rep orbits…

Well I don’t know how much teasers I need to give additionally but sooner or later people might recognize that the idea is to not have 10000 ships out there and focus on few but important ones where paying taxes is not that of a problem.
Especially after visiting Golden Globe…

forgo going there and will even more clog other playfields.

Don’t know the vocabular of forgo and clog but yes, a new system has always flaws.
As I said: we tried our best in the current situation. Other helps need to come from Eleon.
Since it was critical for the overall system and the chance we had now we are trying this.
If we don’t get help very soon we might find ways of compensation such as extending the season duration for them.
We will see. At the moment 90% cries coming from “WTF is my ship and donor planet. WTF I lost all” and 10% from serious problems like ship lost due FTP problems we are working on.

It’s going to be hard for people to raid those planets with only 1 type of each ship. Not sure if that was intentional or not though.

1 type of each ship

You mean Peacekeeper?
Cause HW space has 7 ships (faction and private) and X Nebula no limit, just taxes.

Peacekeepers are meant for backup parking, not storage parking

Not Peacekeeper my good Sir. Sienna. Sorry i wasn’t clear!

PS: I’m thinking from a faction utility point of view. Maybe three SVs per faction and if it gets silly it can be reduced to 1.

The idea behind that was a little special one.
If you have 30 people in a faction you can still come with 30 SVs (1 per private).
But since only a faction owner can switch faction made ships to private this should encourage people to build / spawn own private ships.
So the faction leader can come with 1 faction ship but brave pilots from his faction can come with whatever many private ships.

Ahh thanks for clarifying that Rexxus!

And thanks for all the hard work too.

Did Ju get wiped again or something? everything I had there is gone.

Due the harsh environment change it could be that this happened.
Let me know what you lost and I can help

It’s OK RexXus, I lost 3 autominers and a handfull of o2/water generators. Less concerned about them directly than just having an idea what happened so I don’t drop more stuff somewhere where it’s likely to get poofed

first of all I like to thank the Homeworld server for the good job you guys are doing.
I really do miss the days when we had a Armageddon Planet when it was a PVE PVP rotation and everyone was able to get gold we had a lot of epic battles on that planet even though it was buggy I didn’t have any complaints about it.so hopefully next season will have something similar.

well actually owner can promote every member to admin status in faction and they can then change owner of faction ships or structures to private. Allso there is huge disadvantage using private ships as, all own faction and allied faction structures and ships is seen as enemy (red) and also those allied ships and structures will shot you if private, past private did not take damage from that fire, now they do.

Ju is so overpopulated that it have same several problems seen past version. Maybe if add rules that after some RP you cant enter and have any structure there, so that would split population to other pve places, now ju is like KTA HQ, everyone is there.

Problem is also that there aint other alternative place samekind as ju, so people cant actual split to other pve playfield, well not at least before they get enough RP. As it seems people allways settle the easiest place they can gather materials. Maybe other helpfull think would be 2 totally samekind pve places and rule that if you have any structure in one of them then you cant have any on other, that will force people to split evenly, and not all in same playfield.
Biggest problem is overpopulated places, more than playfield count.

this west and east parking zones was very good idea combined to not allow more than class 1 size CV:s to some planets. That seems very effectively affect at least planets performance.