Make aliencore great again for RE

in past seasons, the aliencore was a way to get rid of the extra routine in the form of obtaining fuel and oxygen, as well as the need to constantly turn the power of the ship on and off.

now, in conditions of ACUTE lack of cpu, when the cpu is not enough even for the thrusters, the players cannot afford to lose 1m cpu and use aliencore. Everyone uses an advanced core.

I suggest upgrading the aliencore and make it give the same cpu as advanced core at RE server.

this will again make it in demand and will not break the balance - after all, the same million cpu can be obtained from an advanced core from easy quest.

I will think about it.
Meanwhile more players should give feedback about it.

I think this would be a great topic for the developers of the reforged Eden scenario so Rex has more time to work on his own mod.

I enjoy the choice between CPU and Fuel/Oxygen. I think it matches the new Auxillary changes as well. You can adjust your ships individually for their intended use. One core to rule them all just seems too overpowered.

I feel like 1m cpu is too great a hurdle for endgame users to pass up. Which somewhat invalidates the price for an alien core because right now you’d drop it in a miner or something but not a battleship. Something else that could be done is give the alien core extra shield or reduced power consumption like the secondary options on the aux cores if giving it +1m cpu isn’t an option.

ngl, I would prefer the cpu but beggars can’t be choosers.

in this case, there should be no choice, because it is impossible to get an aliencore in game. Previously, an aliencore was just getting rid of the routine in gratitude for the donation, and now it really has become an option to build a ship, and if you choose this option, you have to pay real money. It shouldn’t work like this.

But the Alien core is only about convenience really. If you start giving the core attributes that translate into actual combat power, it becomes one large step closer to pay to win. Sure, the lack of fuel use could have given someone a competitive advantage in combat, but, not near as much as an extra million CPU. I could see giving the core some secondary attributes that are shared with Auxillary cores, but only if it reduces Auxillary core limit by 1. That way it really only means you dont have to farm 1 extra Aux.

I feel your concern about pay to win Zeramir, however in this case I must agree with Holo that the alien core should be competitive with the advanced core.

Maybe to balance it all this would be an option: A 3rd core that you can only obtain through a hws quest, and that gives both bonuses. Such a quest would require you to hand in 1 of each core to receive the new one.

wrong quote, but i cant change it and cant delete this post completely -_-

I think that would be a great addition! I agree that I would like to see that as well.

what some of you are not realizing is the alien cores are not meant to be used in game by players at all. that’s a convenience feature that hws brought into the equation. the developers of the game and the scenario never intended for players to use them.

also they are not only available by purchase, there are special events that Rex hosts where he gives out free ones. there is also the HQ mission alien asylum that gives you one every 7 days for free. there are many ways to get them on the two main hws servers. re is getting up to speed with this also.

at HWS servers w/o RE aliencore has no flaws, as it was at RE before: we could always put 5 quantums instead of a advanced core. Now we can’t, and the aliencore turned out to be not a pleasant bonus, but an alternative in the building of the ship, which can be bought for real money.

The Alien Core should have 1m minimum CPU, to encourage buying and supporting the server I would say 1.25M/1.5M/2M as an option.

It’s been around and over and over. I personally think the shield changes have been the worse thing added to RE in a long time, don’t get me wrong I was initially impressed, but after seeing the pure WEIGHT and POWER REQ along with the added CPU Req, it’s useless. Literally useless. These changes obviously were not made well.

The new “limits” for shields were pointless, they were made for no CPU servers where Placing 40 T3 Shield Caps was possible, it’s not viable at all in any CPU bound scenario, infact you can’t even have T3 4x Caps and 2x Charger in a ship and power them, CPU wise, just not possible.

I would like to say adding 2-4 more Quantums would be a substaintial quality of life uprade, but I realise we’re going around in circles with that in discussions (personally a 20 cap would be perfect but whatever).

Anyway, back to the point that an Advanced Core is 1M CPU, which makes the Alien Core utterly useless, pointless, for anything other than bases. It was generally a “Must Have” for a war ship, now it’s a “Must Not”, 1M CPU is just too much to pass up on, which will mean sales of them will be much lower.

Try making a Warship for 7M CPU, it will have at most some T2 Shields and barely any turret options. What was once a “Budget”/“Skirmisher” is now “Battleship” CPU. I don’t the CPU, Weight and Thrust requirements for all the new stuff was thought out about at all for the new RE. They’ve also made every single Blueprint USELESS… Space and weight and more power.

There is literally 1kt more in weight for a T3 Cap than a T2, which doesn’t equate to any form of mass saving.

What I personally would do is make an Alien Core, modded to 2m CPU and add it to the shop as a new item entirely (not upgrade current players). That way you get more income for the server. Not sure if that would upset some folk but it’s a good way to drive income.

Either that or simply add some shield cap or power generation to the Alien Core, if it output 100kw+ it might be even better than 1m CPU.

A paid for feature which as of now is utterly useless and a waste of 10 euro. The entire point of it is that it’s supposed to drive sales to support the server.

It’s not going to sell or support if it’s not viable. By this logic entirely they should add Adv Cores to the shop.

again the NPC core was never meant to be in the reforged Eden scenario for player use. this talk of CPU adjustments should really be thrown at the developers of the mod, not the host of the server. everything the server host changes will be affected by scenario changes. this is the main reason rex has stated he does not want to edit the configs for re.

we need to have a discussion on a forum where the developers will actually see it and can make changes. they usually don’t visit the forums here. they usually hang out in the official empyrion forums and discord. 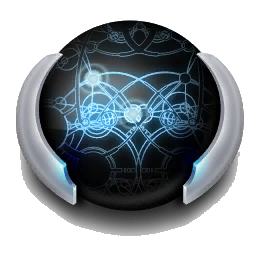 Empyrion is a 3D open world, space survival adventure in which you can fly across space and land on planets. | 9,619 members

again, we’re talking about an HWS item at HWS RE server.
it doesn’t matter what the author of the mod intended there and there is nothing to discuss with him.

It doesn’t really matter what the devs think of it as hws has decided to sell the core. If you don’t want it in game it shouldn’t be sold period. But since it is being sold it should have some value or else you might as well not sell it at all.

Since there are already many in circulation stopping sales now would be weird. But that means the core should at least represent the value of what is paid for them.

edit- meant to reply to bob

the alien core has always had the same value for many years. no fuel and oxygen consumption. that in itself is the reason they exist.

what you guys are suggesting circumvents the configuration of CPU in the re scenario itself. your issues are with the calculation of CPU. the discussion needs to be pointed at the moderators of that variable.

Rex has enough on his plate with his own mod. that is why he has repeatedly said he does not want to modify the configurations of reforged.