New HWS RE Server | Photo Shooting Event for HWS RE

Some Veterans from EU and NA remember this Event but if you are new, let me give you an impression from our EU/NA Photo Shooting here:

Hi HWS Community we started HWS on March 2016 and by now over approx. 15000 players joined and played on HWS! I think it’s time to capture one of the biggest and first HWS Photo ever - maybe it even becomes a tradition

[image] So let’s do this HWS Community! I invite you to a HWS 8.X Photo Shooting! I suggest few dates to choose to get as many players as possible! Just let me know in the doodle “poll” which time would be best for…

The consquence is clear: we want to make a Photo Shooting also for HWS RE! Can we get more than 93 players?

It’s an event and you get teleported to ECC automatically. That means you only have to keep in mind to be not inside a cockpit shortly before 20:00/8PM.

Starting at 18:00/6PM you can join the event queue with the command

Once the event started, we wait a bit if anyone follows the invitation. Then we make the photoshooting in front of the EGS HQ.
To pimp the photo, equip your Survival Tool and choose one of the 3 Laser colors (red, green, blue).

After the shooting all participants have to swim to a pre defined zone to trigger the end and reward.

The more players join the Photo Shooting, the bigger the reward!

Disclaimer: No dress code! No ships! No Photo bombing! Grab some food with you, so you don’t starve. ECC is a breathable planet. After the event you get teleported back where you came from. 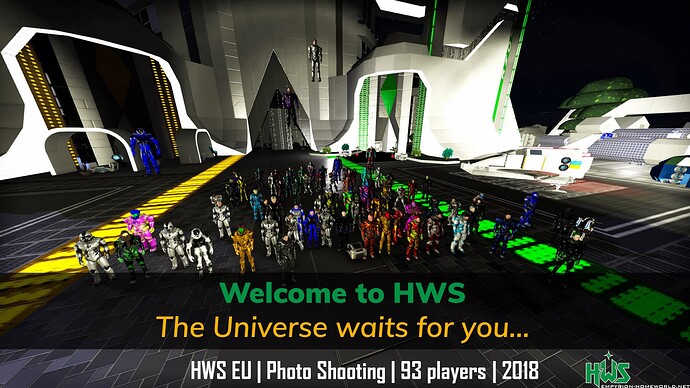 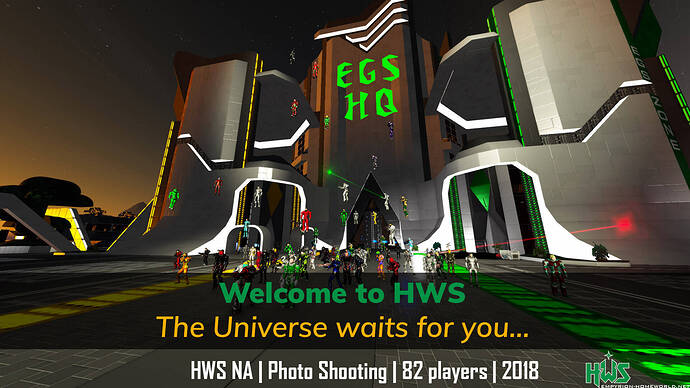 Since HWS+ EU and HWS RE can never ever run both on the same hardware, I bought a new dedicated third machine for HWS RE alone.

I’m currently setting it up and once Jascha is ready end of the week, we plan to do the server switch at Saturday 10AM.

Apart from that you should notice no difference, we migrate the backup to the new machine. You only have to search for HWS RE in the Lobby again (new IP address)

Additional 3036€ per year is quite a burden but I hope with the upcoming HWS+ release it will equal it out and new HWS Patrons are always welcome! I really appreciate your support to keep HWS up and running for free, for everyone!

That being said, I hope for a good server transition, a great Photo Shooting and a prepared future of HWS to make everyone happy with their preferred Empyrion Scenario.

Secondly, does that include us needing to use up any resources in the BP factory? Will those be wiped as well? Better to ask now and prep. I’ll assume yes and start working on clearing out my factory stash.

No, everything else is stored and migrated with the backup.
It’s only those blueprints you have in the “Ready to spawn” queue. They are hashed in a weird local/server relationship we have no access to and they will be wiped irretrievable.

It’s an event and you get teleported to ECC automatically.

after event finished do we get teleported back to previous position?

lol but gr8 work as always mate… we all apreciated your enthusiasm for hws’s future… to continue making it a home away from home, where people come to work together from all over the globe, yes even Wales

but nevertheless, thanks… thanks for making HWS a great place to come.

Brilliant thanks for the reply

Ahh… time to get the suit back on… nice

Hope we are close to land saturday, then I’ll join in… hold gareth’s hand and smile as never before

Ooh - does this mean I can sneakily pop in the building and sort my Origin/weapon between striking a pose? - I’m ‘slowly’ travelling to ECC system to do this but keep getting distracted by all the new spacey stuff from RE!

Dear HWS Community,
the last days were exceptional stressful and it took some time but after Jascha and I resolved the issues it seems, I want to once again thank you for your participation in the Photo Shooting Event!
The first one was quite insane. The Event Manager tried to teleport almost 150 players at once, which obviously wasn’t my best idea

After 20 minutes battling with ~1 FPS, the EGS HQ rendered in and most of the players more or less recovered from the shock.
It was overall quite chaotic and hard to tell at the end how many exactly were in the photo. I still count it as full house, with good performance wishes in mind.

Then @open6L poked me about the crucial idea, to create a dedicated Scenario/Server (our old RE server) only for the shooting. So I quickly made it possible and without any bloat, everyone could start fresh and shiney in a dedicated Photo Shooting Server.
119 players had not issues at all.

Sorry for the kinda experiment first. For the future we will use that “fourth” server for dedicated performant events for sure.

Everyone got the mentioned reward who (tried) to participate and if someone only joined in the 2nd photo shooting he/she still got the full reward from the first. 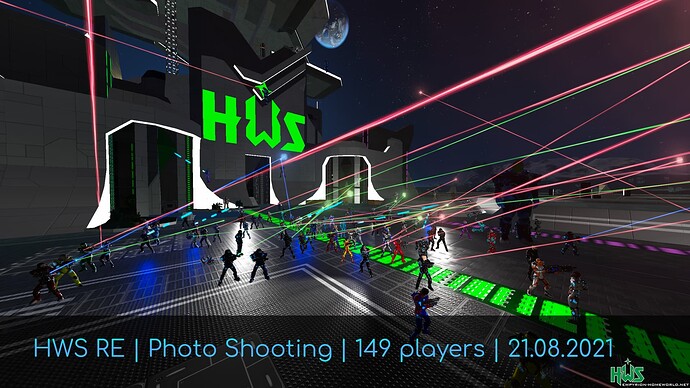 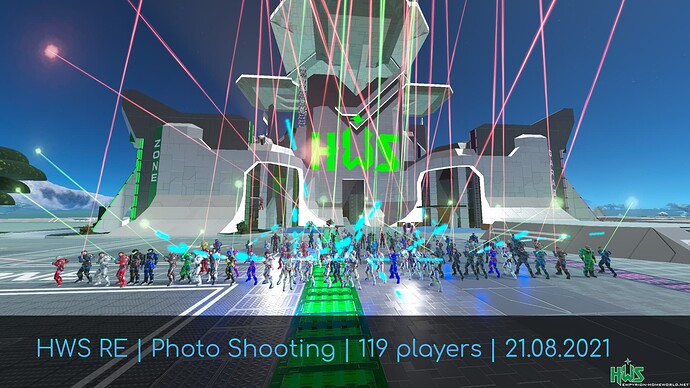 By tried, do you also mean us that didn’t get past the loading screen