What happened:
=> Pjams being toxic in global chat when he had nothing to do with conversation. He logged on just to be toxic

How can we help you now:
=> Pjams came on just to be toxic on global chat. I just ignored what he was saying but spreading blatant lies is toxic behavior. I feel like I’ve been pretty even kill with pjams and he always has to pipe in when he’s not even part of that conversation. I have screen shots of him piping off being toxic and if you would like scroll back on the chat and see he was not provoked nor had anything to do with the conversation. 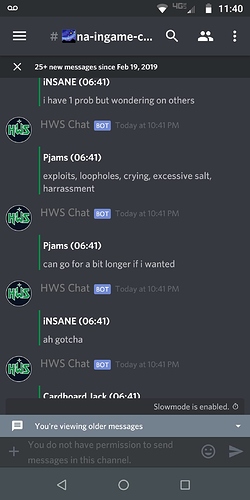 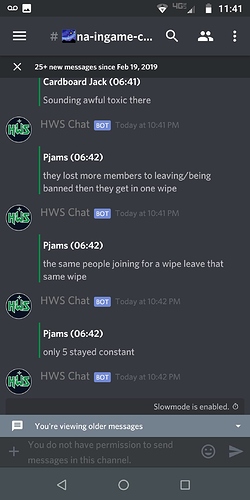 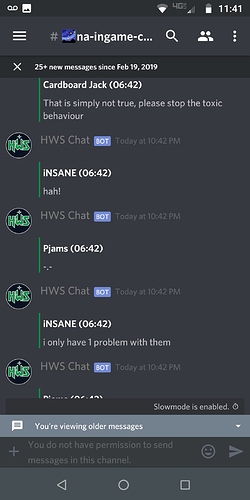 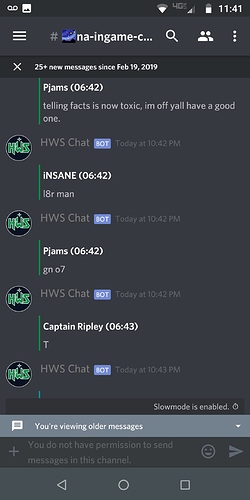 For me toxic behavior is living in the past - especially spreading around “facts” which are no facts.

And even if some “facts” were experienced to be true your way, they were dealt with officially already. No need to recap anything and damage the reputation of another faction by hatred or revenge attentions.

Hi HWS Community, in 2 weeks HWS exist since 3 years with a runtime of 24/7 non-stop. Recently I’m in a big “recap” mood and look what we have achieved the last 3 years, what happened in detail, how is it going right now and what can be improved for the unforeseeable future. One major issue in the past and still right now is the topic Toxicity. It not only forced many players to leave HWS already (and complain about it in the public, which cause negative reputation), no it also drains my sta…