As PvP is as wild as possible its always good to know what exactly is allowed and what not.

Picture worth 1000 words. Allowed or not. Covering all by blocks is forbiden, what about partialy covering? 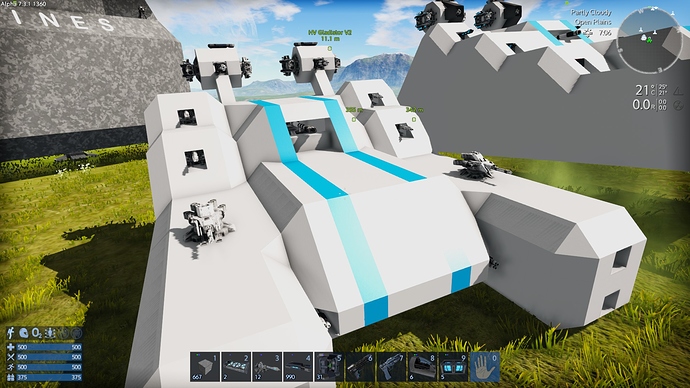 @RexXxuS please let us known before we will blame each other for exploiting again.

Partially covering? lol they’re Partially Visible … nope, not allowed. Clipping through blocks is no no, which most of these turrets will be doing most of the time.

Ok thanks, thats what they tend to do.

Problem is if they are not covered at all then they die in about 30 seconds while the rest of the ship dies about 30min after that.

Exactly that. We are used to cover from sides, opened from top and front. Thats clicping through to side too, and attack from side is same as in case on picture, but thats ok…

But i kinda understand it, its like 50% is visible so ok.

I was thinking more about this. Turret is 3x3, barrel is one more block usually, artilery more. lets say 5x5 then.

Can we put turrets 3x3 into chamber lets say to make it clear 7x7, no cliping should occur, turret should not be able to fire to sides, while if we will leave opening in front it should be able to fire only to front. Need to test it, but in such case it is legal i hope.

Without being the devil’s advocate, @DeeExpus - let them.

Limiting a turret’s angle in order to armor it up? I see that as a fair trade. Just look at WW2 blockhouses with guns in them, or more commonly - machine guns behind sandbags.

Fulgrim. Tell it to you grandmaa!

This is exploit turret placement. Plasma and miniguns shoots “360 degree” throught blocks. I 6.0 its working as should but now it is again broken by devs. Or make a gap (then turrets start shooting only throught the hole) now barrels outside and turrets can shoot. exploit. It HV was build to use it (why missiles do not cover? - because they dont shoot throught blocks)

All new it is good and forgotten past. 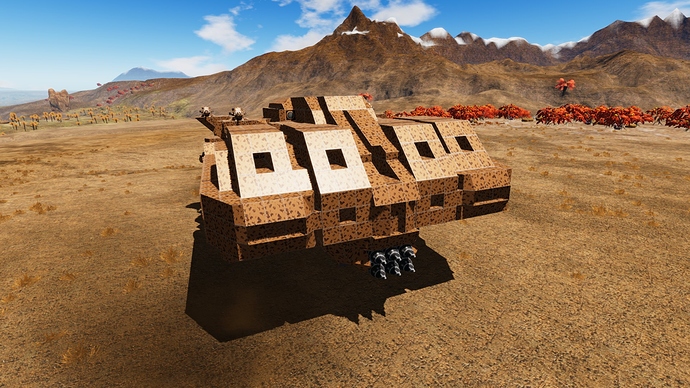 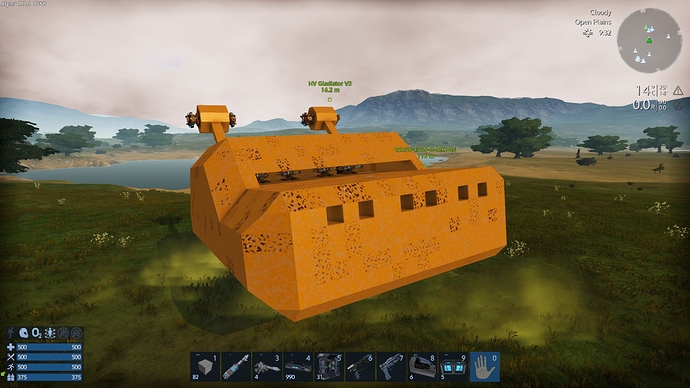 Yep it will be shooting nicely through blocks.
Had to build this ugly one while experimenting with huge Ugly Chamber as i call it now.
But everything cant be nice like me and new funny thing was discovered during the process

If you know its cheating/exploiting DO NOT USE IT. Posting it here and telling the world is not the way to handle it. Now people will go build ships like that and we have more drama. Why is it that so many people spend their time finding the CHEATS? Why do you not just play FAIR? Does anyone know what that word means? Does it not translate outside the English language? Is it so hard to ask that people play MP with some respect for others? showing that exploit is a total disrespect to every person playing MP in this game. Major Disrespect to the people trying to provide us with servers to play on. They try hard to bring fair gameplay and you go and PISS ALL OVER IT!!! OMG people play fair or get BANNED!!! Be glad I am not the man in charge.

Problem is if they are not covered at all then they die in about 30 seconds while the rest of the ship dies about 30min after that.

You are not allowed to solve a “problem” with an even worse problem.
Turrets do rotate 360° and clipping through blocks.
If you would have read our rules you don’t even needed to post that here.

1. Stealing Dont steal from players on PVE (Starter) planets. NOTE: taking public structures is not stealing (see Griefing). You are allowed to capture the blueprints of other players (in PvP) but NOT posting the blueprints in the public (workshop, Discord, etc.). It is still their interllectual property. You have to ask for permissions to do so. Examples: Taking Backpacks on starter even though you saw the owner of it = ILLEGAL Taking a vessel being swapped via public with active users near…

If I find such ships in your fleet I will delete them without warning and hesitation.