Wipe The Server YA! or NA!

Rex i would like to make a sugestion, lets have a full wipe in a week and impliment some radical stuff
for example, like no bases on GG, HW and leave Arma to rotate. leave all the valuble gold on GG
for everyone to fight over and lets just spool it out and see what happens?.

Can you have 0.1 size CV’s just out of curiosity?.

because to be fair i think most of us are at the point where we would rather pour vinigar in our
eye’s than play whats on offer at the moment. sever is grinding to a halt wipe it or just do somthing
please. we all know 8,0 is going to be 2-3 months so may as well do it!.

i know you probably not take this post well and call me a heratic island monky but i seem to be
the only one who types what we are all thinking!.

Put a Servay out who wants a wipe and who wants to keep on going its a start at least.

Something has to be done because the Alliance on NA/GG have been maxing core limits to avoid invasions and PvP on weekends. It’s a cowardice action and exploit. It should be punishable as in the form of TAX or limits put in place.

As i said in the other thread.

These false accusations have to stop.
Admins/Mods/Police can feel free to inspect everything. 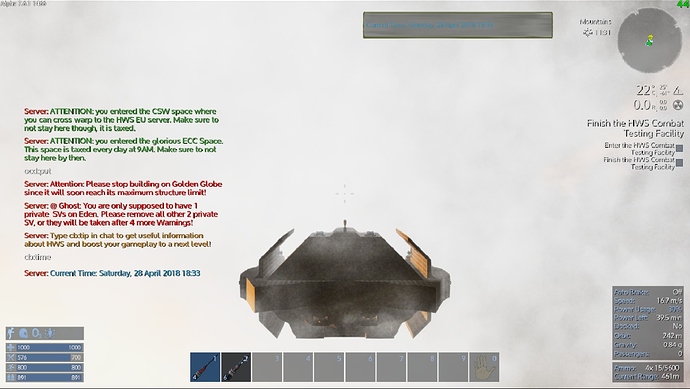 explain because it’s not false and State has SC’s of you personally saying that was what you were going to do. I will let him know to post those as well

Apparently you guys have never heard of trolling.

You guys are always complaining, we didn’t complain once last season when we were constantly having to work around the cap when fighting you guys on GG.

Perhaps you don’t remember? We couldn’t hit core limits with being limited to 10 bases

Let them play their mining simulator. Of course you could boycott all business with alliance members on the BM or exchange…

All mine goes directly into OCD.

Nay, I do not want a wipe only to have to wipe about a month or so later. This patch will cause a wipe, and as is already been said, the patch is not months away but weeks away.

Nay, I do not want smaller CVs, I for one rather enjoy CV fights and actively engage in them. I realize they last too long and quite often end up crashing people, but to that I say, Welcome to Alpha, enjoy your stay!

This season is coming to a close, now is the time to relax and trade.

A bad timing and not possible to break our 3 month cycle only for that.

I took other steps regarding this.

Hey @everyone, even though Alpha 8 / HWS 8 preparations have started heavily and I’m focused on that part I don’t want to let you play in chaos or a bad state. [photo-1457327289196-f38b88d97147] After some analysis on both servers the following changes will be applied on Wednesday 9AM, 02.05.2018 Global Limit (faction) limits will be removed from PvP planets and replaced with hard limits again. For HWS 8 the goal is to bring this back but adjust the global limit a lot more reasonable. O…