so I expected drama and conversations here and there but that is really far beyond. Now let me clarify some things and announce a bit:

We have kind of three groups on the server.
Group 1: wtf is this, why I can’t do what I want, let me build like I build in minecraft ffs, shit server - left (by the way they don’t even had something on that planet or so small, that it wouldn’t cost much. Anyways who gives a fuck and never read anything)

Group 2: ok, I understand what this crazy guy wanted with the taxes but hey, where are my millions from day before and damn it’s too expensive for my Death Destroy, make it cheap or riot!
This is better but still, Trader Planet on HWS EU has 187 cores right now. You missed my intentions to have small / few structures there on permanent playfield while gaming the taxes for it with savety, because you have a backup plan. Nope, guys wanna big, guys build big.

Group 3: alright, alright. Guys, you farm gold, I trade, we meet at Faction planet and get this down. Take care of your RP, don’t die stupid and let’s watch a movie on our Penthouse on Faction Planet at the end of the day. No comment

Now ok, every group is somehow legit but tricky at the same time. So all I want to say at that point: we release another updated formular which considering mass cheap ships, flooding the core limit and the too high taxes in combination with the block count. Stay tuned.

Now as often said we don’t have a good way right now to see who attacked whom. Only with the Intruder Log you can see who was near you, yes even allys. So IF we would have an API which says Player X killed Player Y we could boost our faction to a next level and really punish the bad guys automatically - but now, we can’t. At least with topics like, Trader killed Trader, grief, rule broken, compensate…

To make that clear: it is no rule that Trader are not allowed to attack Trader like the underground turret rule for example. It is a Story guideline and we would appreciate if you follow these. If NOT then well, why the crap do we have Bounty Hunter? See the Bounty Hunter category or discord. Many offer their services. Let them play their role. Get your revenge now! If you can’t pay them, you for sure can trade some in exchange.

Anyways I also don’t want to spoiler too much but Jascha preparing a patch which nerfs Trader and boost Pirates. This meta is clearly seen by us and addressed. It should make Traders real traders and Pirates, real pirates. Stay tuned.

3. Commands not working, why I can’t trade ships, Donator planets

As Jascha announced the new 4.0.2 patch bugged the telnet transport in general. Some commands not working like before so Jascha implemented the command cb:start which kicks you but trigger all your commands.

Features like missing NPC Trader and Trading Ships coming, really. Real life stabbed in my back and every spare minute I got I spend to HWS. It is a lot, so please be a bit more patient. I plan to finish everything lately at weekend.

Donator planets… never ever I thought someone would buy them. I wished for the support but there are other options. I failed. We have 7 people who supported us this way and I really say thank you! It is helping us with the high monthly cost very much, we are save the next months and we really appreciate that you share this with us. Really.
Nevertheless there are complains “pay to win”, why the cookie are there taxes on it, etc.
As you can read on HWS Guide Slide 45 we don’t want a pay to win server and everything we offer to the donators we think it is never like they come and crush you with it or just laugh at you because they are “better”. Donator planets are equal to faction planets and don’t have rare resources. They also need to go out from there and are just like you.
But many of them just want their own place, building nice lovely stuff. Don’t fear of griefs or other guys destroying their fun.
We maybe adjust some values here and there a bit but I just wanted to make that clear.

On the other hand 200 player on HWS (split) is a burden for even our high end servers. And as you know it is the open playfields at the same time which causes this problems. So just a headsup that we limit planets to buy to 10 per server.

Sorry for the long post but I just wanted to make some points hopefully clear, you understand me / us and know what we are doing.
Our main goal is transparency and that you enjoy HWS. Nevertheless if you have feedback in any way feel free to comment.

Great post Rex! Thank’s for taking the time to address all this quickly. Can’t wait to see what else is in store!

Donator planets… never ever I thought someone would buy them 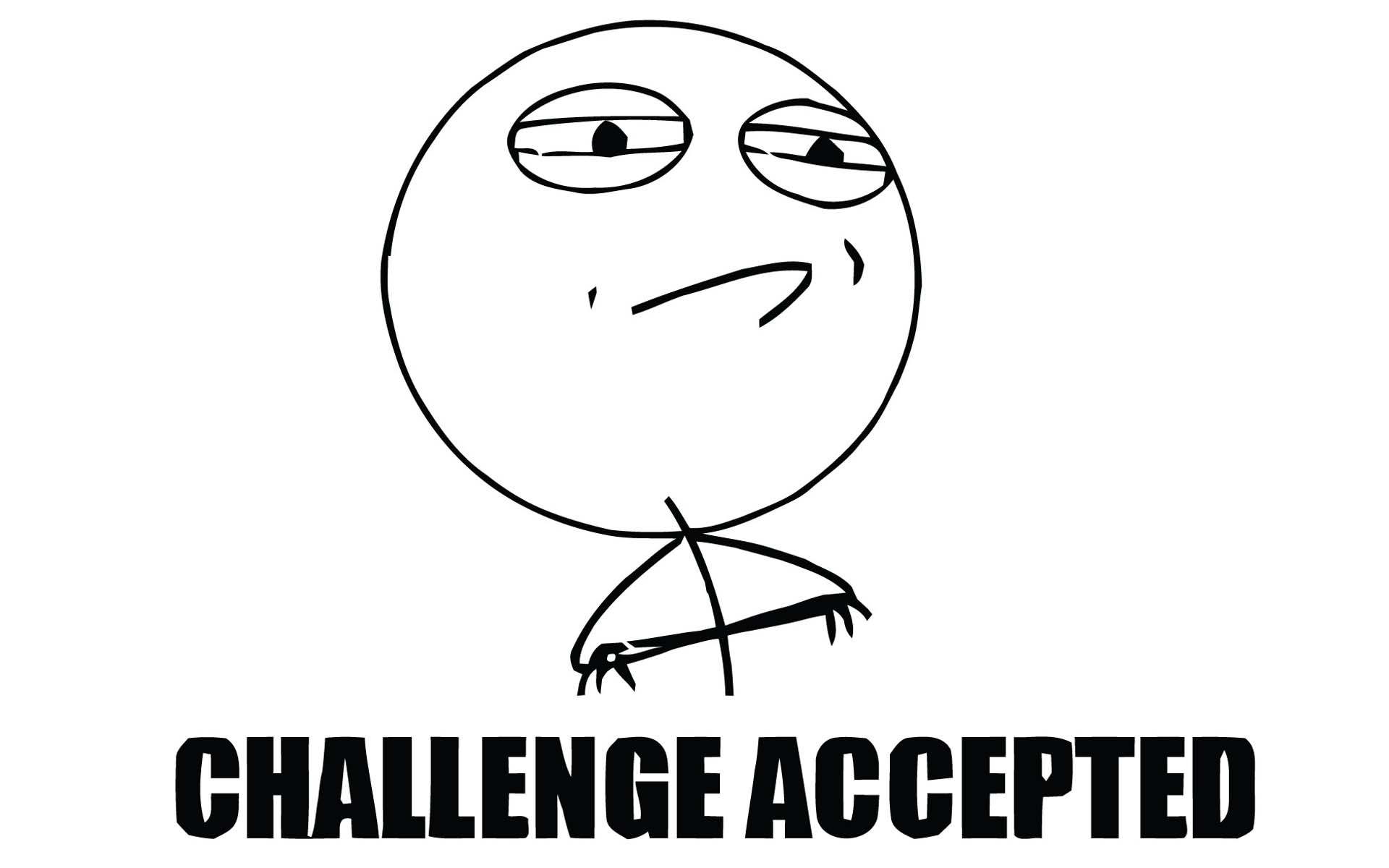 Dear Mr. RexXxuS:
This law firm represents Mordgier in connection with its intellectual property rights. Your use of tRaider™ is a violation of Mordgier’s common law trademark rights, common law service mark rights, and trade name rights, and this letter constitutes Mordgier’s demand that you cease and desist any and all use of tRaider™. You should immediately forward this letter to your attorney.

You really forgot about
Group 4
I dont read the FAQ and I dont understand why I lost my ship when I landed on a Faction planet.

NOPAL THIS IS YOUR FINAL WARNING. LEAVE NOW… etc etc

I am Color blind so it’s all grey to me

I’ll be extremely brief and yet convey the full weight of both my opinion and that of the community, I surmise.

I just feel the world got so lonely, its an great idea, but sadly it fails the roleplay part of it, its like no to any immigrations to other planets, whatever i go i get “access denied” sometimes people want to explore and see what other builds on planets etc, like me i am an builder and i love to travel around on pve planets to see what others may have built to help me evolve in my building designs, right now i can only go to my own faction planet but are locked out from the rest, its like playing singleplayer game or to prefer no mans sky where you never meet any players.,

I was just making that statement Rexx. Don’t like the tRaider, then call the alliance or put a bounty up…great minds and all that jazz

Quick all traders switch to pirate

Just feels like more and more the sandbox is getting smaller. I mean for me its fine but the one man , two man faction will have a tougher time.

Correct! Pirates totally do not shoot other pirates. Come bring your CVs over tonight and we will escort you to a good safe spot.

Inb4 all traders are pirates

I think we have daily missions for each faction, would be the most effective way to ensure that they fulfill their duties in part, so they would all have to meet the same before receiving the RP, Cr and bonus packs:+1:

I think we have daily missions for each faction, would be the most effective way to ensure that they fulfill their duties in part, so they would all have to meet the same before receiving the RP, Cr and bonus packs:+1:

The problem with all that is that someone has to code it and it has to even be possible with the server tools that they have.

This might not make me popular I think I have a few ideas on PVE Faction Planets.

I will only talk about traders since that’s what I play.

I think we need to decrease the number of players on the Faction Planets it’s currently too easy to move in and too cheap. (Yes I said it . Too cheap).

I think the best way is to take a two prong approach to this.

Just wanna check on this as I think there could be some bugs still.

All of a sudden my CV jumped from 58 devices to 107 and the blocks from 290 to 339 on the Structure Commander, only issue is I had not changed the ship for this to change…

Only thing I did have was a docked SV for a short time, that SV has since been removed and dismantled but still it shows the wrong device and block count, by a BIG amount.

This has me thinking, if a docked SV on a CV increases the devices and blocks of the CV, then the SV is counted in the structures list again as a separate vehicle, does this equate to double taxation on the SV?

It also seems that the device and blocks are not getting updated in the structure commander right now, even though stuff has been edited, if this is not function correctly its a bit unfair to issue a tax until its working right.

Made some tweaks, in game says 38 devices, web site now says 46, which it was about half hour ago.

Seems updates are exceptionally slow, some things have updated now.

As always, Rexxxus, YOU GUYS ROCK!

What you guys think about put a adicional variable in this account? The total hours played, or better, the hours played in the day? So who play less, or do not play every day, can pay almost the default minimum value (which i think should be higher than now to no make so easy to high rep guys), and who play a lot pay more(since playing more should be making more money/resourse)? This could give some work, but could be fairer too.

Not playing but still watching whats going on and this is exactly what come to my mind yeasterday. I like idea of gametime included, as i guess if i would play i can afford taxes with 50k gold ore in OCD as reserve but for new lets say more casual player then i was it can be a problem.
Not an easy job you have R&J.