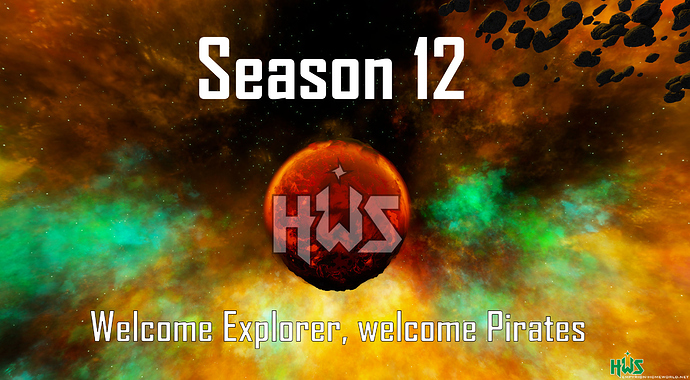 I don’t know how much sleep I get today and what else comes up tomorrow, so I go a bit different this time and release a semi pre HWS 12 announcement today - especially explaining a bit more behind the scene stuff…

So what is going on? 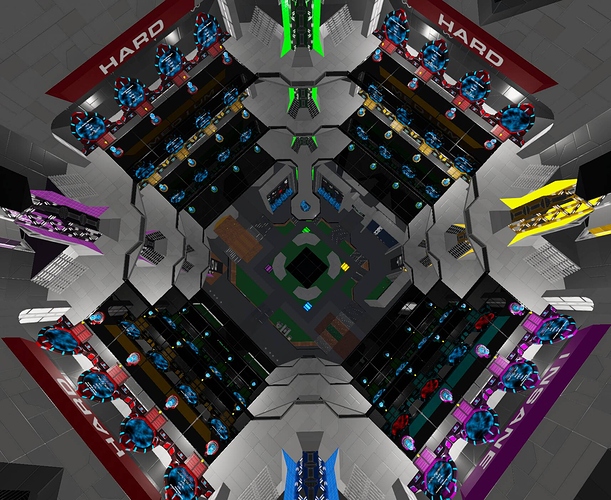 Let me start by the hardest part. Even though I’m doing HWS for 4+ years, every day I still learn something new or have a new idea for you guys. And one thing I was so frustrated about was an unfinished EGS HQ Stargate Room for almost 2 years by now. It was even a Patreon Goal.
So I told me, now or never! And finishing all 36 Stargates did cost me incredible a lot of time. Just… Months. Not only adding new ones but also rework old ones. For example the very FIRST Stargate Mission we ever had: The Elemental Space Race.
It is now Dialogue driven with a real Time track feature. Compete against your own and others time.
Alien Asylum as well. Completely reworked, making hopefully everyone mad

And many more - BUT still not all perfectly balanced and ready. For the next season!
But in comparison to a fledged out balanced cool universe, it had not that big priority…

Second most consuming thing were @Hayawen and my three tools.
He warned me to not do it but… I was a fool

I released those tools for everyone, even my competitors of course and kept them updated along ALL difficult, partially completely savegame breaking patches.

Whatever they are doing with it, but for me they were a deal breaker. Really easy and fast usage, so I could make with them all 36 Stargates.
You see my brain pattern here already: “let me finish this Stargate mission… wait a tool for it would be awesome… ok I have a tool… I can make Stargate missions faster now…”

Apart from that the third most time consuming thing were testing things. Bugs. A lot of them.
There are of course still many in the game but Alpha 12 is a big step forward in the right direction I think.
This is a mixed priority, since it helped me too but I would make it different the next time if I could.

Well, it’s cruel but Alpha 12 is totally mind blowing for Server Owners and Scenario Creators. You can realize infinite ideas now…
So I started with a lot of cool things.

All of that are not finished yet and obviously not implemented for tomorrow…
BUT since new toys finally stopped coming I can concentrate on finishing them!
Additionally most of the above can be implemented during a season. It’s not hopeless

Okay, you ask. What’s the deal then. Dropping 10 000 Stars in the Universe and call it the day?

Nah, you know me.
Except from the 36 Stargate Missions (which will cause a PvE hotspot in the center of the Galaxy

) there was still time and blood left for new toys for you!

So yeah, probably I forgot more … like purchasable Supergates, Appartment Keys, Tokens? Ah well, time will show guys. I’m at my limits.
But since I have no time at all I think tomorrow, I wanted to give you some more brain food for now. There are still some questions but it is all a work in progress - for now.

I keep working on everything non-stop to provide you the absolute best Empyrion you will ever get - that is my goal!
Still, I hope you got excited and be open for a fresh HWS gameplay in our 12th season…

It’s a pleasure to see you all playing on our server and thank you very much for all your feedback the last months! Please note those are important to me and even if some of them didn’t make it in tomorrow, they are all queued up!

All the Best.
Your HWS Team

Thank you Rexx for all your hard work. Your an inspiration brother.

Looks cool! I think perhaps you meant to say more of the universe is reveled each day rather then the universe grows each day? cheers

This looks more and more amazing

Keep working like this, and i may just loose my adm to play it all to the full =D

outside from that mini Galaxy, the random generated 10000 Stars have some patterns like: no regenerating resources. After some time you just have to move on. Like in games like Age of Empires, it’s all about expanding and fleet management.

Hope people will try the hwp mission as well =D

This season we will have one specific mission, and one hidden lootbox at a secret place

This new universe looks incredibly cool, and I can’t wait to go exploring!

I also want to say, Thank You Rex and the whole HWS team for building such an amazing server! You guys are the best!

Awesome work.
Can’t wait to try it out.
Just 1 question.

But if you collect ALL 7, you will get permanently +1 OCD Slot.

Isn’t this a bit too little? Let’s say someone plays for 10 seasons straight, that’s only 10 slots in around 3 years.

Isn’t it just 1 slot, and not 1 level?
I think you misunderstood it @WillEatsPie

The first explorer of a playfield get a cumulative reward system. 1 RP per playfield and 10 credits * amount of visited star per playfield. So about 10 000 HWS RP and over 70 million credits in sum. Be the first, be the first - you remember?

and never has exploration been more exiting especially given resources don’t magically respawn.

i will be the first to find the golden planet, and by the time you get there it will be only me in my golden house, and you will pay me taxes muwahahah

(or you could find another golden planet for yourself)

Maybe, but I thought he wanted people to work hard to find this stuff and he has upgraded entire OCDs before.

Rex’s its okay us War veterans we know that you need time to make the system perfect.
if there is a day or two US veterans always understand. you got a hell of a lot of coding to do.

How far HWS has come! I can’t wait to explore the systems! It’s weird thinking of non-respawning res, but then I remind myself that there’s more planets and asteroids than ever before.

I might be getting ahead of myself, but when HWS 12 draws to a close i’d love to know if there’s a way to see how many playfields+systems have been visited out of the total!

My faction colleagues and I will understand any possible problems and will support you on this huge task. So thanks for make bigger and bigger this game. We understand the preassure of all those changes so no hurries.

I would emphasise once again how we will do our utmost to support and help with this.

I might be getting ahead of myself, but when HWS 12 draws to a close i’d love to know if there’s a way to see how many playfields+systems have been visited out of the total!

thats an awesome idea, did we manage to discover the entire known universe in a season.

That is my goal for this season

I thought something like this, a registry of all sectors/planets/traders you have discovered and a bit of info for each, all for extended trading use, but I assume that’s alot of work to implement to the server, so I’ll go over there with my old excel…

so I’ll go over there with my old excel…

‘Jazzy’s Blueprint To The Trading Universe’

where can i get my edition 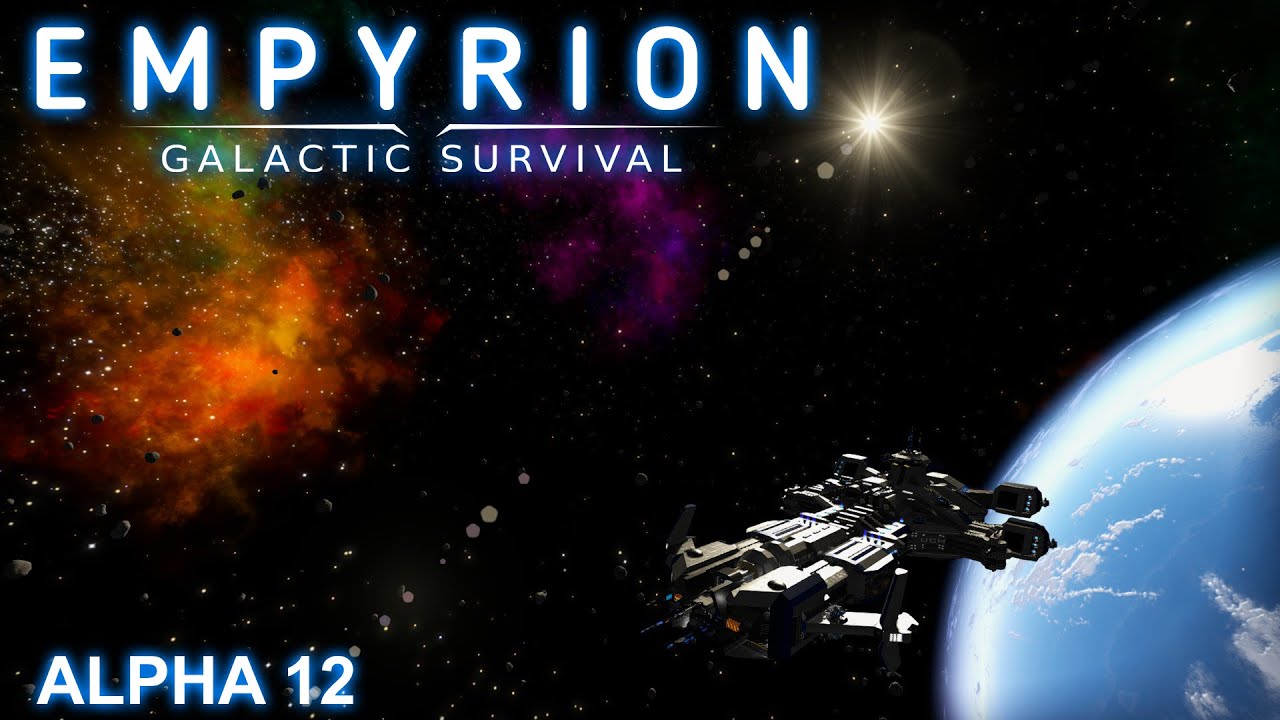 is this going to implemented into the server? Maybe i missed this, or is it only for single player?

Actually this is one of the features of alpha 12.
You can see leaderboards of tons of stuff, including who has discovered most playfields.

for what i understand, it’l be implemented into server mate