as you maybe have read: 5.1 coming moost likely in few hours. This is not just a minor patch, this is to be honest a huge patch - if not deserves a major release. Anyways I will cover some very important topics in this announcement so please make sure to read them all!

Thanks again to @tomcat, @Xanif, @Mordgier and all the others testing 5.1 on our HWS Nova Test Server! The main problem is still present but some very good outcomes were made and a lot of feedback was done / will be done by Eleon regarding lagshots, collision and the rest.
Can’t spoiler too much but this is mostly tackled with 5.3. Hint: you know the game Robocraft? And how they are able to do nice smooth mass battles? …

Anyways for now this means:

as some already know: sorry, but it is not possible to implement Asteorids into a current universe without wiping them. This is of course not what we want. Also we don’t want to place them manually everywhere. We will do it but only from time to time. But there is a solution some will fear, some will love:

It’s back! But now for real 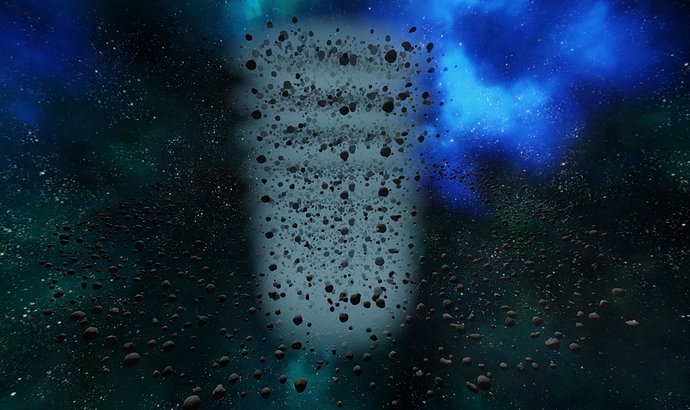 These information we could get from this very dangerous and unstable orbit so far: 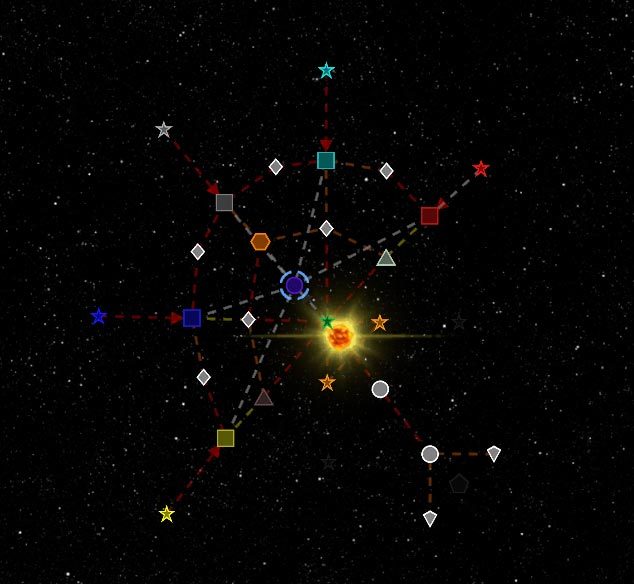 Hell, it’s about time! Starter Systems are now - guess what? Starter systems. Once you left them you can’t go back anymore (only with fresh start but why should you do this… anyways we would have a plan B for that just in case). There are now wormholes and one way jumps possible. No restriction to 25 AU actually.

What you really have to know:

Almost every playfield was touched again and changed proper to your feedback:

Here we go… the very hot discussed topic about grinding, farming, dying, gaining, lucking Reputation Points. This is how they work in 5.1:

The long forgotten Freelancer are raising from the dark - looking for their revenge!

As you maybe saw HWS Universe is much nicer now. If other things are more smoother again I will start working on a lot of improvements and feature implementations - HWS 2 GO for example

Sorry, the day only has 24 hours and even though I am always working on it it is a lot of work. I try to finish the new PDA till the weekend and update the Guide along the way with all the new stuff 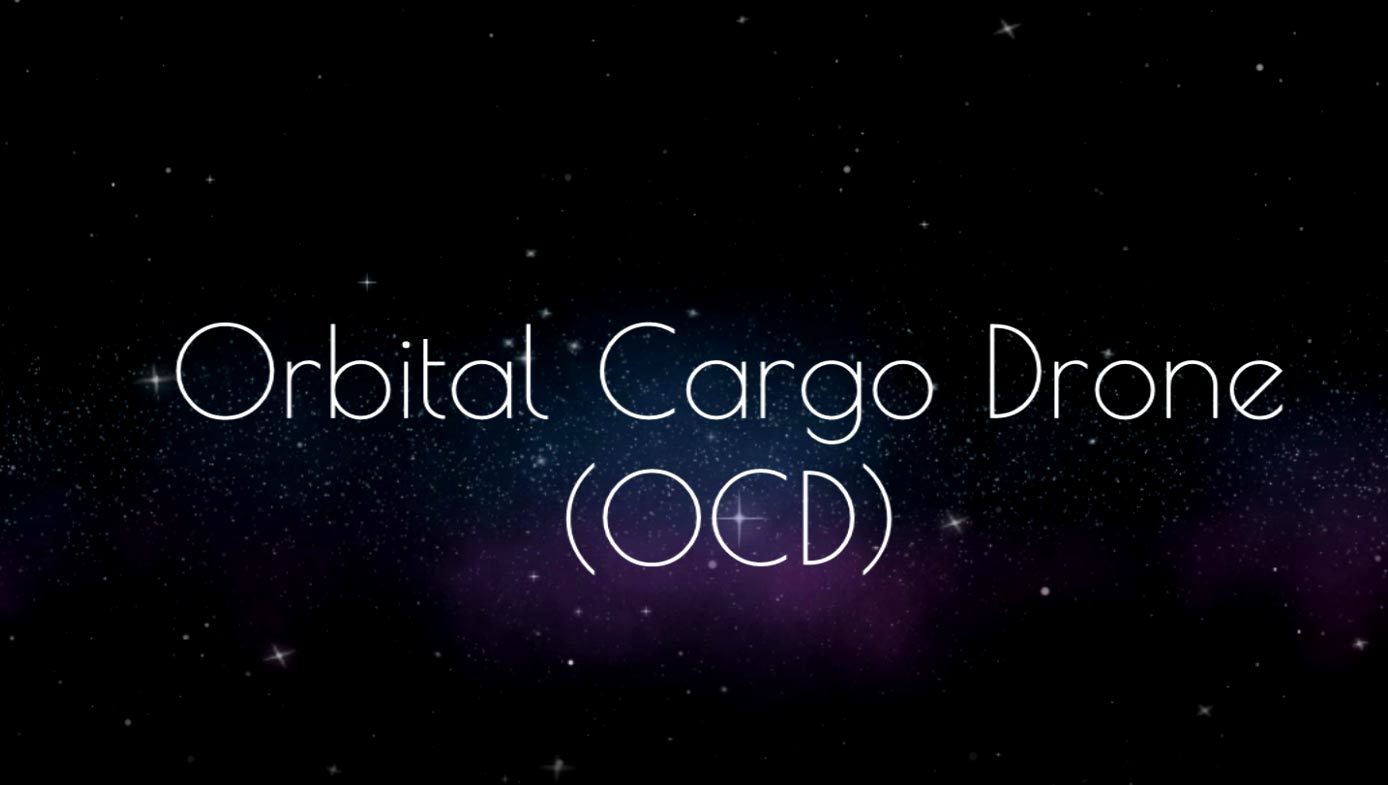 @Achilles again topped himself and created more than 10 incredible awesome helpful HWS tutorial videos explaining everything you need to know about HWS in a very easy way.
They will be uploaded by the day and promoted in a special section ( FAQ / Get Support)

So this is a very special topic which comes at the end and maybe not for everyone important but it is for us. Hands down: you, the community is really outstanding. Either with feedback, support or just the way you contribute to HWS in any way!
Some of you even give your hard earned money to us. That is something very meaningful to us and we appreciate this a lot! However there is a fact that we get less and less donations because well the game become more and more better / stable etc. Donator planets are the biggest boost right now but will be tackled later.

So with over 610 dollar per month spending to HWS, for me a regular 99 hours work week and providing any human-able kind of support in this alpha game possible we need to adjust our old donation model regarding to the future and keeping HWS online for all of you.

This change is also explained because we keep it the way that once you bought these packages you keep them and even get refreshed after a full wipe (HWS Donator). This on the other side means that we are depended to new people because most of the long term player don’t donate again anymore.

This is the biggest change so the reason why it is now announced but will begin at 6.0 is that it reverts our statement “you keep the planet forever”. This is also not realistic if we think about the future… universes, performance, maintainability and the server costs.

This change is also explained because the more stable the game will be the less full wipes we have to do. If it is accepted then it provides us a good feedback to keep the servers running. Also this will reduce problems regarding returning planet donator demanding their planet even though the universe is “full”.

As some people already experienced we are very strict if it comes to money and we don’t want a pay 2 win server nor are we selfish or greedy. We try to make it as transparent as possible and will always listen to your feedback.
However the best solution is if HWS monetize itself by donations so we can happily keep our work as before and hope you appreciate all of our efforts this way too.

Done - one of the biggest changelogs so far. I hope it was worth it

I hope you had the same fun reading everything as I had fun writing it.
Before we leave and wait for that update I want to give a shout out to @Achilles and @Jascha doing such a great work! Maybe I am the guy eating all the hate, kudos, feedback and what not but never forget that I am nothing without my best helpers

Thanks guys and good night!

Edit 1:
#Wipe Time is now set to 7 days from 15 days.
Because we don’t wipe the starters anymore this is important. Also people who doesn’t play longer than 7 days are regarding our statistics general leaver.

@everyone Disclaimer!! If you want to have the new textures in your (M)ap view clear your texture caches!

So is there a full wipe coming with 5.1 then? And to clarify, does that mean anything over 250k credits will be lost without buying a donator package?

What is going to happen to ships currently spawned that are over class 4 at the current moment? Are they just going to be allowed to exist but just no new ships over class 4? Also someone remind me what will be the new block/device limit with the new class 4?

Can you give us a best guess of when will be the earliest 5.1 will drop to live? Is it looking like this Friday maybe?

Asteroids in every playfield except Black Hole can only be placed manually over time. With 6.0 this will be different of course

So new asteroids will be dynamically spawning in the Black Hole like meteorites on planets?

that’s my question aswell…is it a FULL WIPE on Friday?

There is also talk about dug in areas being refilled on surfaces. Will this fill in bases underground or remove them?

It fills them in. You got to dig them out if that happens.

… not sure how that will encourage donations

… not sure how that will encourage donations

“So for the current Planet donator nothing will change - except as already mentioned: you need to let me know if your planet should be still active for the next HWS saison (HWS 6.0, 7.0, etc.). Otherwise it will be commented out due performance reasons.”

Looks to me that its only grandfathered for 1 season. However there is probably something lost in translation.

Looks to me that its only grandfathered for 1 season. However there is probably something lost in translation.

That’d totally contradict the above though.

It’d be a crap deal for people who got their planets in 5.0 and got another season out of it so I doubt it’ll happen.

That is my concern as someone who did just that

What will we do with the ready to spawn ships with 6 class from blueprint factory? And with already spawned?

Regarding teaser info about robocraft, is this in regards to their shared HP of connecting blocks or something differant? It did help their lag, greatly, but they changed about a dozen things at once

so if i have a ship in orbit around Uranus, does that mean i have to move it to another playfield before 5.1 patch?

We are not happy about the terms you suggested. Unfortunately,…

Hmm I like the RP thing as I have no base I live of my ship. So I will be getting RP everyday yes?

I it all sounds good to me