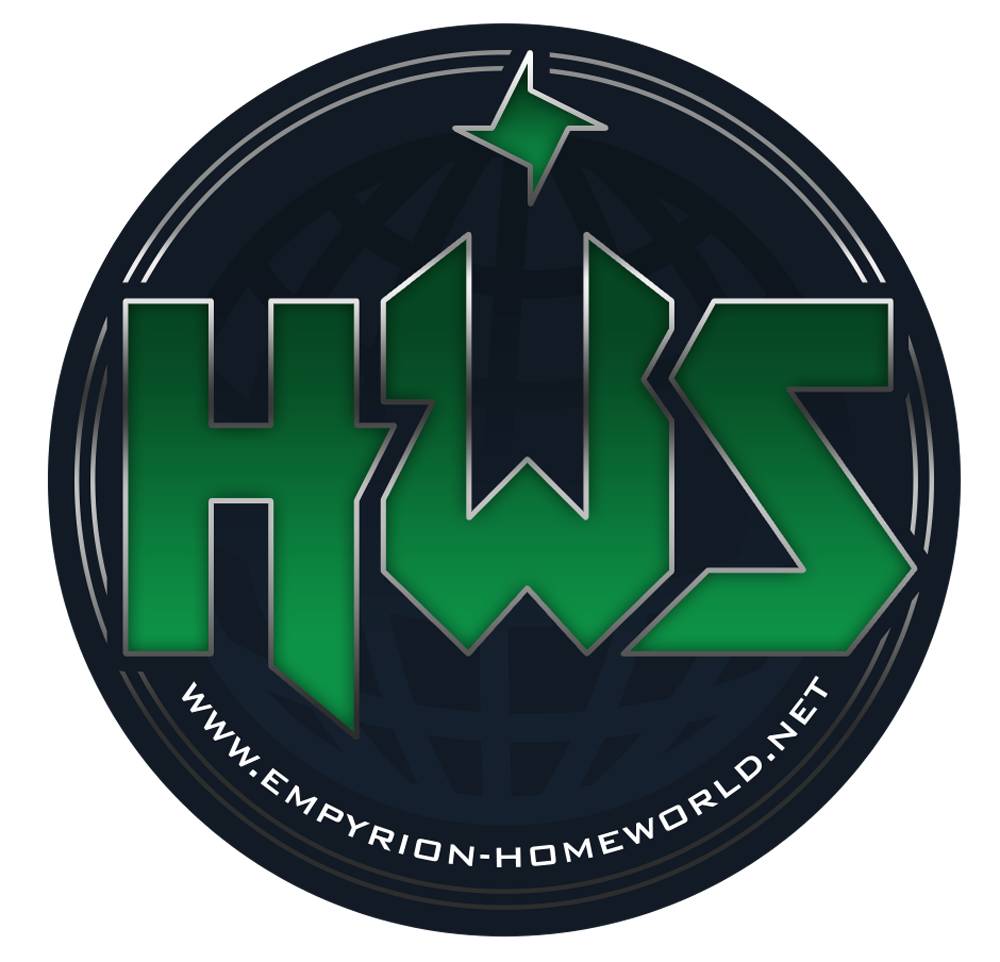 With the big and awesome help of @DeeExpus we have a new HWS Logo. It is the beginning of an overall redesign of the website and co.
Stay tuned!

As announced I rearranged the current universe into a new shape. Some facts below:

ATTENTION: it is a new change but we will start next week to tax every space!
If EGS Stealth is working as it should we want to really push everyone, everywhere to stealth their structures and make orbits super performant and fun to fight / fly in. It is a big chain but in the end the value of RP and on the other hand credits are very important now. This should also boost living more on planets. 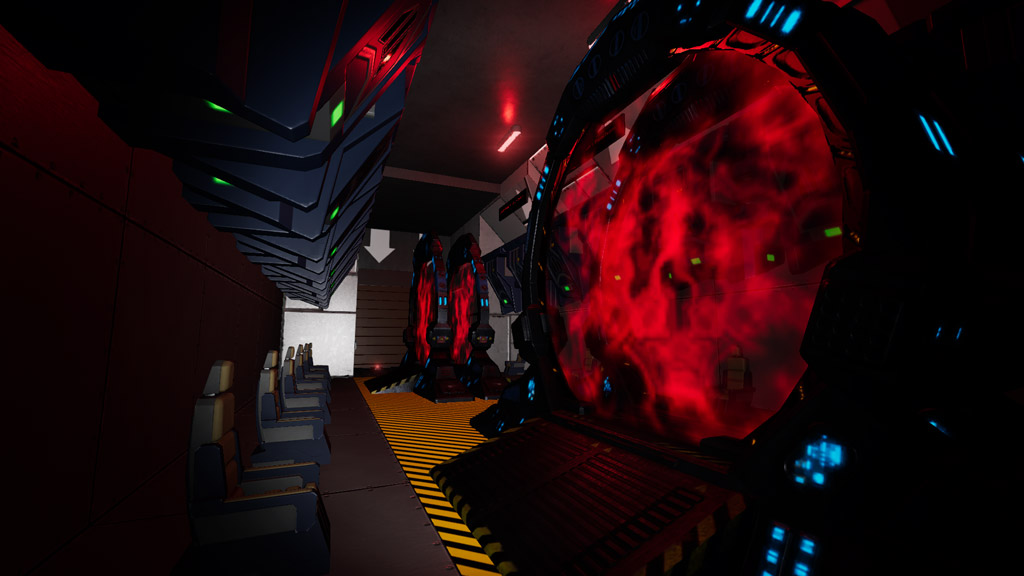 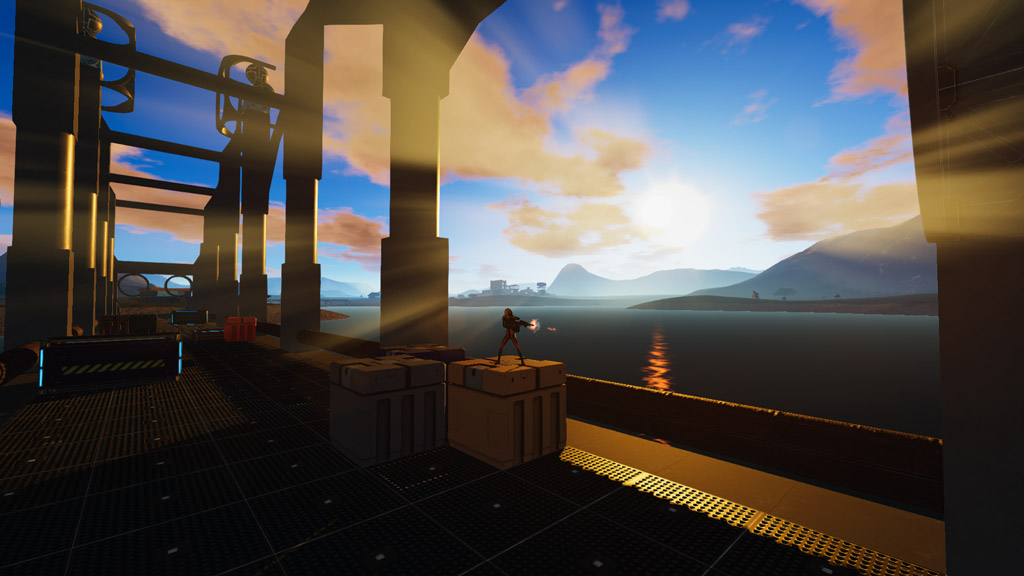 Since Guilty people can’t visit PvE anymore some very rich people started a campaign at EGS - some rumor even telling that EGS created an alliance with the Aliens but who knows.
Anyways a new HQ has arised in the space! 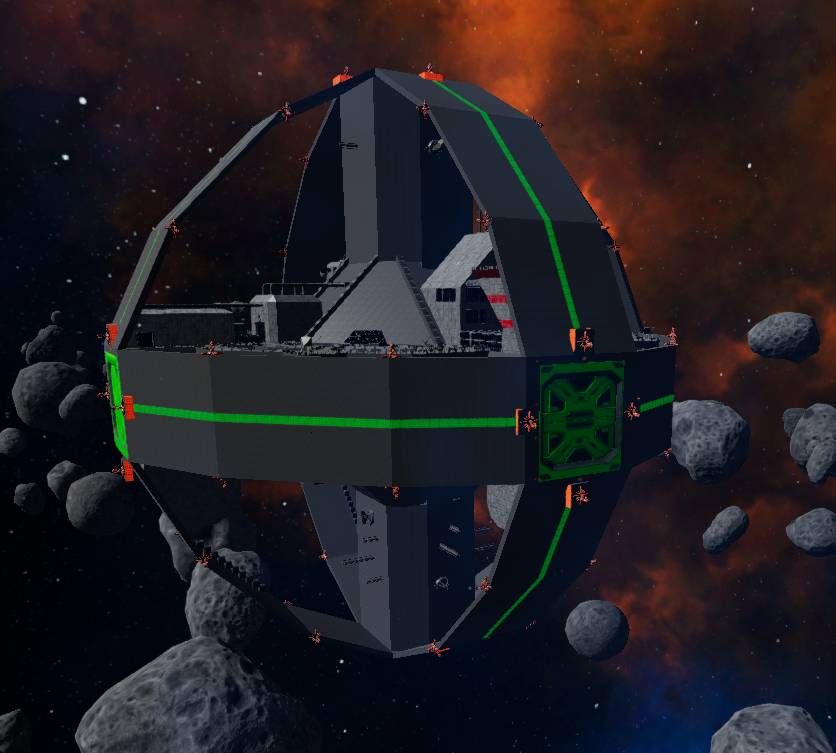 HOWEVER a very smart defense system was installed which will kill any CV or jetpack traveler coming near by!
You won’t have a chance. Don’t even try. 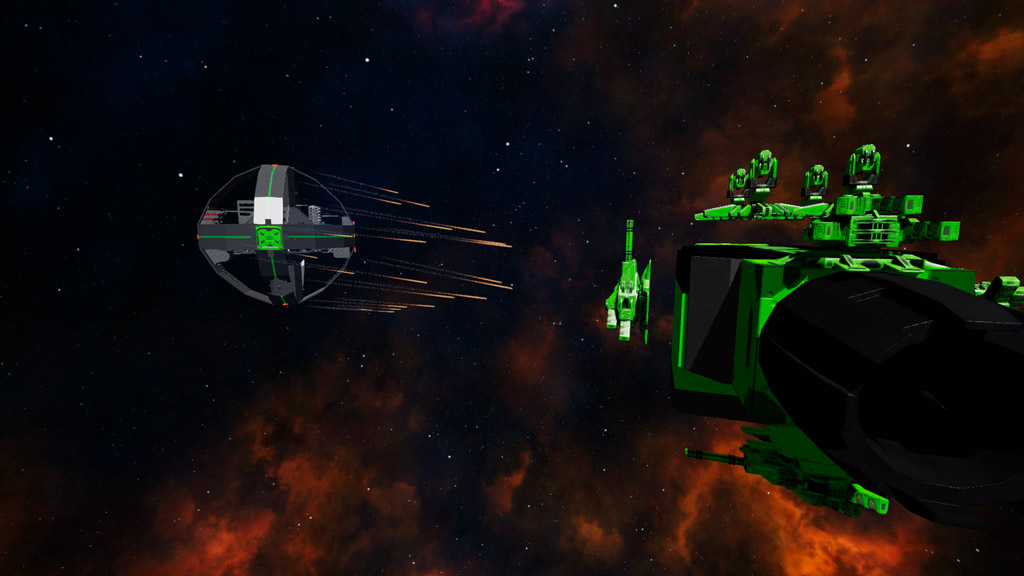 SVs however are allowed to pass and enter the main station! There you get a lot of good offeres - from the EGS restaurant up to the special EGS Trading Outpost. Worth to check out.
You can even live in the EGS star in one of the appartments. All are welcome - as long as they can handle some First Person Shooter actions from time to time 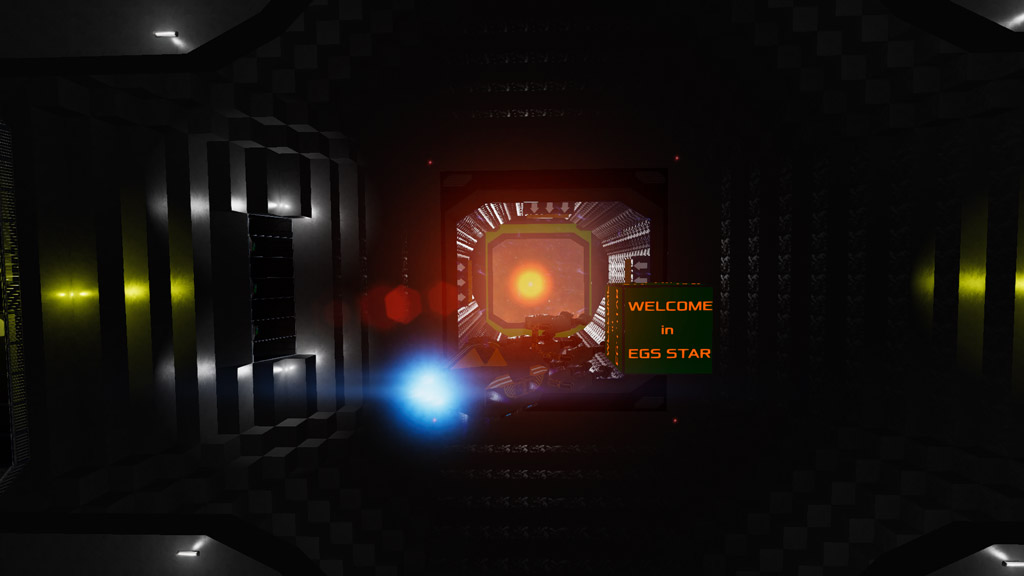 One thing I forgot:
Next week we start with regular surface wipes on the whole Homeworld Sector + Golden Globe.
Announcement will come.

As already discussed a lot there will be an overall BP Class change:

ATTENTION: we will wait one week until we force the class limit again! You might get a LOT of warnings but nothing will happen. Next week however your monster class stuff will be set to HWS again then.

Starting on Wednesday after the last starter planet wipe we have our last frequent starter wipe and try out the new individual wipe system!

Again: this means each structure will be wiped independently after 7 days after you spawned / built it!
Surface wipe however will be every monday and friday.

Change of the RP buy formula

This week we will change the buy RP formula to a less confusing but more importantly fundamental different one:

It is the first tiny step to rebalance inflation on HWS.

Just few new ones but more to come this week step by step!

Overall these will be now more and more important for a good way to earn RP via the Sacrifice of the Aliens!

With HWS 6.X.X we took care of some RP mechanism of our Origins and patched them.
Furthermore we have now a Guilty 2.0 system.

Make sure to read it here:

Hey @everyone, today we are again excited to present you the third and probably last teaser for HWS 6.X.X before it goes live probably next week (still a lot to do). Again we think it is important to take away the “surprise” and announce these big new changes in addition so you can spread the word and prepare for it! Let’s get started. Goodbye fixed wipes, hello individual wipes This is huge and we want to run another test pilot here within the first season. What it means: NO fixed starte…

Anyways the new RP changes below:

*²) “Guardians of the Auto Miner Cores” - this should encourage a good and solid play by Guardians. Protecting what is so important. If they care about RP they won’t intentionally suicide in enemy turrets to get them guilty

*³) This should also boost to kill Pirates and get their Gold as well as reducing the gaining of RP living in PvP since this will become their pure nature.

Overall a buff to everyone since EGS Stealth will cost you RP now and should be encouraged to be used in general.

Alright - don’t let you wait so long I guess.

A lot more is coming guys but the recent time I am quite burned out again… vacation is coming end of August but yeah, hopefully all is good until the next season.
Then we are going to tackle some old issues.

7 Likes
Different Version 6.6
Guess I'll be putting base turrets underground if others can get away with it
Questions from a new player
lovepack August 15, 2017, 3:27pm #4

Back to freelancer I go.

Fair few changes here. Still wont be using stealth as never have enough RP even at 3 per kill. As a big faction we hunt as a group so hard to get single kills.

But looks like going in the right direction. Thanks again Rex

Love the new Logo as well.

In the old calculate System Class 1 was ok. But now? we will see. That could be funny

Class 1 is now massiv smaller as before 6.6

Nice logo
Freelancer +5 RP! once a day! nice
Traders +5 RP! Nice
Battle Royal eh!? Should be interesting, stay out Guardians we dont want your kind in here! Nobody wants to feel guilty for shooting one of you.
EGS Star sounds interesting, LOOKS NUTS!

Cons:
Who doesnt like taxes? Sigh… Cv’s are worthless, can they even go on planet?
Who carries 77 autominer cores on them? Guardians apparently, lol.
Guilty means you cant travel pve

Suggestion: can pirates get an exemption from space taxes? Because pirates nature would be not to pay taxes to the Emperor.

Question: Can pirates go guilty or do they ignore feeling guilty? I ve have heard they can go guilty, Ive also heard it doesnt impact pirates… i am confused.

Question: How are pirates supposed to live in pvp space if its all taxed? / Planets that are wiped weekly… I know some of us have bases setup on homeworld.

CV is more of a support vessel role now atleast for me, still need to built for pvp jus incase of fight but its easy to run/warp (mayb not so much now cuz u hav to cross thru pvp space or somethin) i jus use mine as a carrier mobile base pvp cruiser miner wrapped into one

Next week we start with regular surface wipes on the whole Homeworld Sector + Golden Globe.

@RexXxuS Will this remove all player made structures as well as fill in any tunnels or caverns?

Next week we start with regular surface wipes on the whole Homeworld Sector + Golden Globe.

Are you talking about Homeworld planet? Because we’v got underground bases there so if you do this weekly i think you just killed alot of pvp.

Or maybe i misunderstood but then again you didn’t specify what kind of surface wipes you are doing specifically for Homeworld Planet?

As many have said before your new logo rocks! nice changes, i’m glad to see factions balanced so nicely. The hand to hand combat encouragement is pretty sweet and am curious to see who uses it

the surface wipe thing i’m not 100% sure how it will effect game play as im not sure how many other pvp places there will be to build on but otherwise very nice changes thank you so much!

Edit: wait nvm if you find people at the new homeworld station you can get a lot of player kills.

Hmm ok then i can stay as guardian… hehe.

Carebears have a lot of autominer cores

Cant wait to explore the new PVP space, sounds quite scary for now…

and if a pirate finds you they will love the gift.

While i love 90% of the changes, i’m worried about the EGS stealth/taxes on every space…

Even with the buff, RP are a pain to come by, and they’re really expensive if brought. Assuiming taxes are to force people to use EGS stealth, its alot of RP used every day, if you even got a single CV with a few CVs. More than most people are able to get everyday, especially for those who don’t have 10 hours to play every day.

Personally, right now, its less expensive for me over time to buy 100 RP, and let tax hit, than to use EGS stealth, while i’d gladly use it to unload the server.

Since the beggining of the season i’ve come by 34 RP from faction gain/alien sacrifice.

Living on a planet is a no go until offline protection on planets is fixed, won’t leave my ships there overnight. I can already see people rushing the only PvE planet available from space.

It will also kill exploration and expansion for new players that can neither afford the tax, nor the RP to stealth.

If i may propose an alternative - make EGS stealth an EGS feature, with levels (medium cost), like recycle or the bank, with different levels giving reduced cooldowns on the egs stealth command.

The tax is a lot less than it used to be thou i’m paying 10k tax for a cv and sv? that seems rather nice and low, also i think cloak works with aoe so only 1 person in the faction needs to use it to cloak a whole fleet.

Its AoE, but every ship in the AoE will pump you 1 RP.
Its also a logistics problem - you imagine 1 person hiding the whole faction’s fleet, while he’s the only one to be able to un-stealth it?

Even if you can pay only 10k taxes (i’m paying 50k for 2 small SVs and 1 CV for the past few days, sitting on 18 RP) - do you remember how hard it was to get those daily 10k as a newbie? Or 200k if you want to buy RP to stealth it…
I’m not arguing about the change for me, i couln’t care less as i could sustain the taxes for the whole TCH fleet on my daily intrests alone, i’m talking about those new players who’s whole income, most likely more will get anihilated by these change, unless they’re willing to give up their freedom of play and be stuck on planet.

There must be ways around it we just haven’t explored enough to find them, ahh wait a minute if a noob owes taxes and doesn’t have the money do they sit at 0 or go into debt? because nothing stops them from just not caring about credits while the chill in orbit. Ahh yea they can jsut cb:reset anyways if they in debt to get out

so should be fine either way.

After 90 hours on the server, no Rp points and a few hundreds thousands credits, i can’t say that i can afford the new everyday taxes system.

I mine everyday on pvp planets, i use upgraded orbital autominers, i rob people, i daily raid poi, i sell stuff on the BM, still, i’m not rich enough to afford these taxes and i can’t imagine how hard it will be for newcoming players or players who can only play 3 hours a week…

@RexXxuS
I think we should all be allowed to change faction due to the changes of RP. Will you allow this?

ALSO on penthouse planets can we get a pizza shop. Fuel shop. Ammo shop. Player market and black market.

Can we also in penthouse plants either have a lot more storage like in the garage or able to have 2 svs please.