After the updated 8.X Universe got revealed and explained in the first Teaser it’s time for a second teaser — this time covering more PvP.

PvP — Back to the roots

I know this title isn’t new for some but it’s always good to learn from previous decisions and actions and go back and polish if needed.

Straight to the point 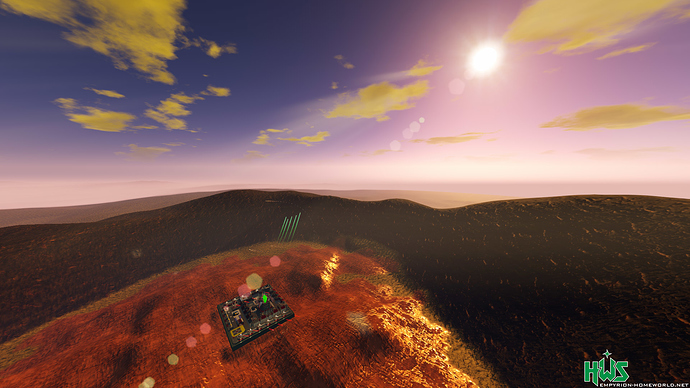 This planet is one of the most known planets in the whole Empyrion MP world I think and had tons of variations. Looking at all the things which worked and not worked I’ve decided for a kind of new rule set:

Bottom Line: In preparation for the future and current gameplay change, gathering Gold the “old” way is rewarding and always available on the one hand but very difficult and dangerous on the other hand. I’m looking forward if someone is able to “dominant” the planet with Bases meant as “Outposts” but smooth, awesome SV / HV fights is what many of you and I want to see the coming season.

The Class 5 Homeworld last season was a joke, I admit - but a good test at least, no?

Bottom Line: Homeworld on the Homeworld Server should be your Home again… while it is PvP you can still find some hidden places on a bigger Class 3 planet but should feel the high risk = high reward mood once you enter the planet.

Titan was quite accepted with the “No rules” mindset last season but the motivation to go there was greatly missing.
That does change in the next season!

Bottom Line: You remember we had a third HWS Sanctuary server to achieve this? Not needed is the claim! Let’s give this very dynamic and hot spot a try everyone will for sure meet each other there — in case Supergates are being found. And don’t forget Auto Miners have to be found / traded first!

While this planet shined in HWS 7.X.X again, it was empty and sad the last season. Let’s poke it

Bottom Line: Supported by limits, game mechanics and design this Auto Miner War planet could be a potential dream of a very smart Casual gamer. Especially because it’s the second planet with Magnesium as resource available.

I can’t make a tour through all other remaining PvP planets but the Homeworld sub-planets as Desertworld, Lavaworld, Iceworld and Waterworld will wait with new POIs, tons of loot and their own “touch” for you. Let’s see if these Homeworld Moons will be still underrated in 8.X…

And maybe you see from the Impression Screenshots that I showed one little snippet of a PvP orbit, you want to waypoint for sure. 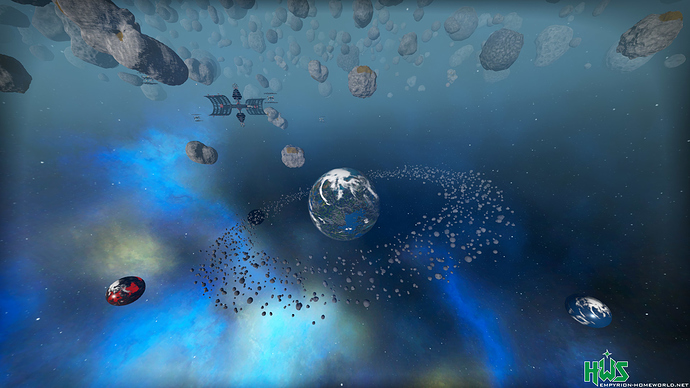 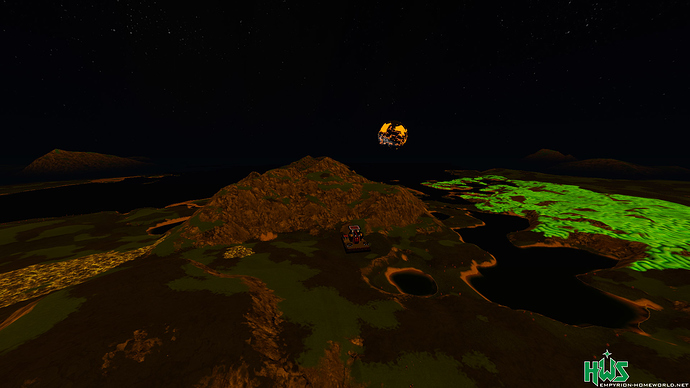 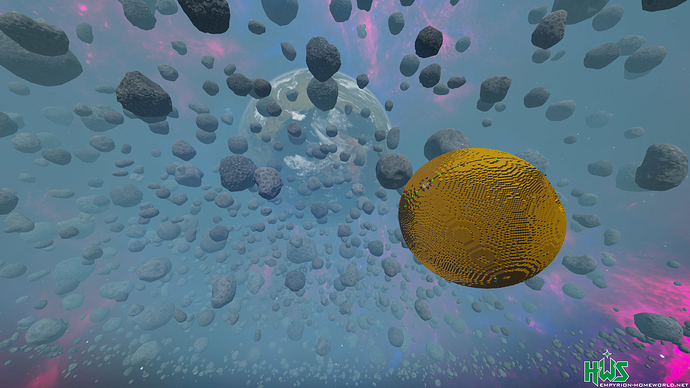 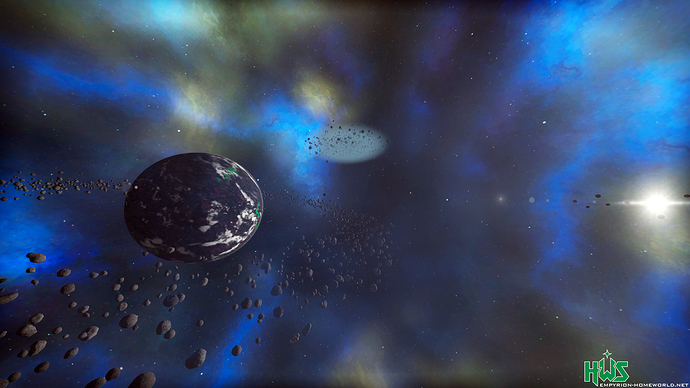 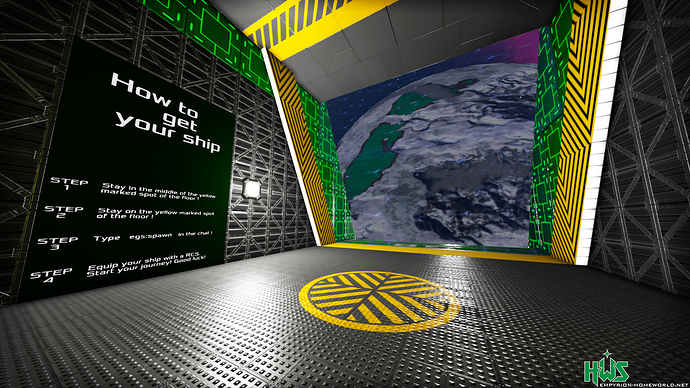 As you can see in the last Impression Screenshot, Freelancer have got an update to their starter Story!
The Freelancer Jets are not waiting for you anymore (and causing sometimes problems…) but you now call for your ship! With the command

while standing on the yellow marked spot, you get your Jet above your head to start your Freelancer Journey nice and easy!

Well then! This time I had a complete different idea to solve the “Election” or “First come, first serve” problem for the EGS Bunkers! This time we have a hopefully hot Auction!

Faction cba would win, because faction ddd must have bid at least 30,5m credits!

That’s it for today because I still have to work day and night to catch the deadline for you guys!
I’m interest in your thoughts, even though I know PvP is where the loudest crowd is sitting

If all works out as I thought the next season will have incredible depth for PvE but also for PvP. For casual gamers but also for big groups to coordinate smartly.
But still with the main focus: Performance and a good experience for all of you — with the best tools and features available!

A post was merged into an existing topic: HWS EGS Bunker Season Auction

I have a question about bunkers after reading also the guide.
Bunkers are externally invincible and doors are invincible. Internally all can be destroyed if an enemy can enter? How it works for Alliance to use all together the bunker? I mean doors open for all on the alliance? Crates/devices inside can have own codes?
Which are the differences between bunker v1 and bunker v2?
Thank you!

PS I have some perplexity about no antigriefing device at least on homeworld since is only one base. Btw i have never played without that and i dont know if i will put a base there that could be digged from underground when i am not online, why i should put a base there?

Mostly it look great and like an amazing inprovment.
Here are just a few points i think might not be so good:

Overall i can’t wait for the start.

To begin with I was thinking “now factions might need to retreat from gg since they cant hide behind big bases and keep spawning vessels” then I came to the bunker part… Am I missing something when you wonder if anyone will be able to dominate GG? Looks rly promising for next season though. Wipe hype!

Bunker answers: EGS Bunker
Who you let in your bunker is your gameplay / decision / task.

why i should put a base there?

Since the LandClaim Device works in water, it would be the same as having default antigrief and someone puts a base with page down key in the ground => invincible.
As long as we don’t have submarines or Land Claim Device does not work in water, Homeworld is not PvE => fight for your base 24/7

Bunkers are not liked from many but the details matter a lot here!

Correct me if i am wrong but landclaim device will not work if placed under the terrain level(page down). So you can still dig

Was nice to see new kinds of war since now weapons works underwater and the base turrets do zero damage shooting underwater if i recall correctly in my 7.x empyrion experience on Eleon official servers

You can take out a base with bombs and plasma cannons
Or i am wrong?

Ok sounds better when bunker was explained with no turret and no other bae. Thx for reply

Overall i’m optimistic. But not a fan of this; it basically punishes those who are online less: [quote=“RexXxuS, post:1, topic:14279”]
Anti Grief if the Landclaim Device is used -> but the “soft” rule of Armageddon will be removed that you can’t place stuff near others in PvE. It is now part of the planets nature to take this into account no matter what
[/quote]

HVS are base busters. Without HVs SVS will fall out of the sky attacking bases.

Overall i like the rest of (nearly all) of it!

Omg what? I never thouhgt that the last rules kills the PVP! Oh no stop. I can remember. I wrote it 100 times but there are to much crys. Yeah Planet Domination is the worst thing ever for PVP! That could not know anybody …

I just want to say: I SAID IT!

Only Bunker would suck again

So I love the chances. Now PVP makes sense again.

Oh, you were right @Paxxo1985 - I forgot!
The terrain level also considers the water level!

That means: All turrets except the Sentry Gun can shoot under the water. It also means the Land Claim Device does not work!

Homeworld will have the Land Claim Device Anti Grief check then.

@Wiseman738 I know - you brought this rule up

But as I said my goal is to reduce rules and we just had luck this season nobody pushed this rule. If some “I didn’t read” rule guys would wipe your whole Armageddon base after PvE->PvP rotation the drama and work to recover from that would be huge. Especially since I will change the Antigrief distance for PvE to have less AG than PvP. For now it is PvE = PvP = 350m. I did that basically only because of the Rotation planets… for PvE it was a big issue “Can’t build near my friend etc.”

So my little trick here were “No HVs”. That should equals your rule out. And the new Armageddon is no Snow anymore so good SV pilots are quite good able to take down a Base I think - cough EWS cough

I like @anon76082228 mention of reaching a certain class size, to avoid people dropping down cores. However, how long before HWS would take it back?

@RexXxuS I would recommend some sort of RP daily reward on all pvp planets. Because its risky business

Definitely gives me something to think about, cheers!

Concern: For oversized CV’s entering planets with limits, can we please have them kicked off planet faster? Like how donator planets work.

Though I do have one concern about Golden Globe.

No anti-grief/anti-build will lead to people just popping bases out of their pocket for an instant siege against someone else’s base. As someone who specializes in these tactics, I will say that they should not be allowed on planets with an no anti-grief.

Re: Bunkers, I’m not a huge fan of them as they usually lead to camping said bunker, but I guess that’s more a pain to the person being camped and they knew what they were getting into

Yeah, maybe 12 minutes are too long. This time is coming from an old gameplay where “no” CVs were allowed in the first place. But a 150 block carrier can be pretty I saw…

I’m well aware of it and decided for it

Because the reason were first Class 2 planet, second no Antigrief and third community request.

With no Anti Grief but Elite Builders League the only winner are the attacker here because the time investment to build such a base with hands but lose it due moles is negative.

Fair enough. I just have dreams of drilling a tunnel to the enemy base and popping my base custom built to destroy theirs right next to them

How close are the bunkers to the red spot?

Equally far away. If you split the planet in 4 parts, 1/4 each

Hmm should probably put the survival tent back into the game in this case for the campers to sleep in.

I do not really like the idea personally about an invincible base because people do everything they can as it is to not fight and just run away in PvP.

In regards to the changes, i don’t like the smaller planet sizes for pvp but i’m excited to try them out either way. I think with such smaller planets people will be less willing to stay on the planets and set up bases. But either way thank you for your efforts, Rexx.

A bunker has no turrets or what’s so ever. In fact a Bunker has real advantages but also disadvantages

To clarify, can the faction who owns the bunker place turrets on its bunker? I think if i’m not mistaken, you can add turrets and other blocks to the bunker if you own it.