to overcome the wait for Alpha 8 / HWS 8 it might be good to have some Events from time to time! So here we go with a brand new one

It is pretty simple but will hopefully create tons of fun! 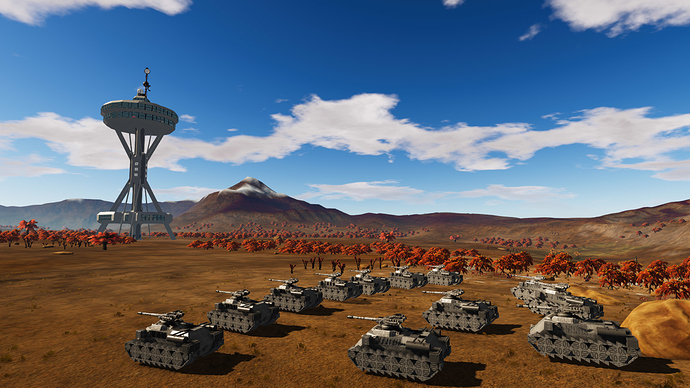 Your goal is to capture (replace the Alien Core with your core) and hold the big Tank Rush Tower in the middle of the battleground. Obviously it won’t be that easy…

The battleground will be built within a large area and there are two sides: 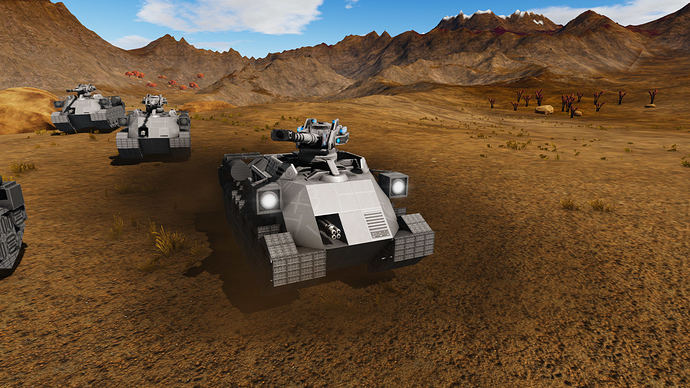 You can prepare yourself for the event with the blueprint below:

The more people participate the higher the prize pool!

Everyone from the winner side gets

Everyone from the loser side gets

You see, there are no losers, only winners! But don’t be lazy and participate!

(I will stay awake)

See you at the weekend! And prepare yourself

One player is the driver + gatling gun pilot. The other guy is sitting in the Artillery Turret.

How is that supposed to work with only one seat?

He runs around chasing the tank and it has to stop and wait for him to fire… might allow motorbikes if we’re feeling generous.

The engineer was fired yesterday.

now that looks fun! Hopefully I will get home from work in time…

With combat on foot in the tower - is there going to be a player med bay area to respawn to and cargo boxes (or personal locker) to store some supplies? Or is it a case of once you are dead it is over for you unless a team mate can rescue and resupply? (Or can you leave and return to the playfield via the portal to do so, during the instance).

Just thinking through the game play on this - sorry if the thoughts are a bit random…!

Each side has its “Home Base” with a medbay and some re-group stuff like boxes, etc.

Cool! and ammo/fuel for the tanks?

(yeah I know its the obvious question, but just in case…)

As written: the pre spawned ships are ready to go. Rest is up to you.

But maybe there are coming some supply drops from the sky, worth to fight for… who knows…

NO other blueprint are allowed to spawn except these tanks! Otherwise you will be disqualified!

( Of course that also assumes/implies a rule that you can only spawn the colour tank for your side in the battle - no covert operations!)

are you doing sign ups are do we just show up?

Yes of course! No modifications EXCEPT the color is allowed. I let it intentionally grey so everyone can color it as they want.
I expect a bit of common sense from the players to either color all of their side to one color / -scheme or their tanks name properly …
But I added the rule that you MUST have a W / West or W / East in your Tank name.

If someone tries to impersonate the other side he is out.

are you doing sign ups are do we just show up?

For interest I would like if some people raise their fingers but I hope that at least 10v10 show up on the event. Otherwise everything was for nothing.

I would imagine that this would make ideal content for a gameplay video (sort of an Empyrion version of World of Tanks). Perhaps one of the admin team or the police could take some Ariel footage of the battle…

…Do we have any “expert” video production guru’s is in the community?

(OK I am going a bit off topic here

, but I do think this event has huge potential, for fun and as a HWS showcase)

but i’m guessing we would diei nstatnly so only person who can vid would be rexxx, btu would love to watch

Cool idea))) Idk would I have a time for that, but I try)

Btw, mb rework this ones below for event too? xD But there gonna be little heavy for fast matches) 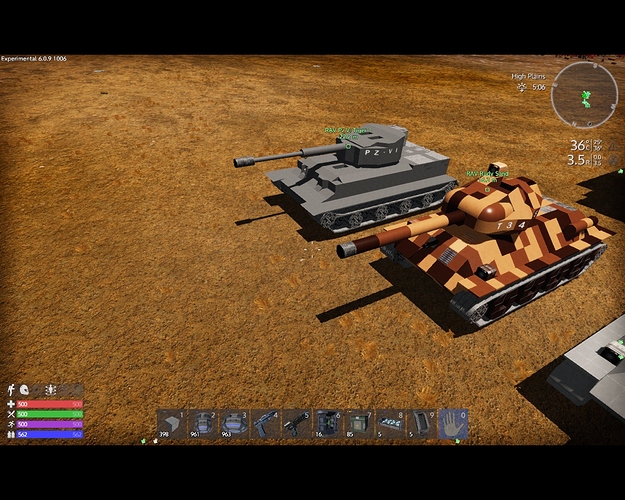