Ship damaged in deep space but not by player/npc

Parked my CV with Rhea and x2 SV’s in deep space in MOBA last night 90KM + distance. Left it powered with 1000 hours + on it and logged off in pilot seat. Came on this morning to find I was floating in space 100 meters from ship, ship had no power or fuel left, ship was damaged with both pilot seats gone, various components damaged and Rhea missing drill turrets. I replaced the 2 pilot seats and re filled ships power sat in seat and logged off as server was going down to be swapped to new server. Logged on again 4 hours later to find again I was in space and on return to ship both pilot seats were again missing. Replaced 1 seat and jumped out of the system to homeworld, on exit from jump I found my seat had gone and i was stuck half way into the floor of my ship. I managed to make a new seat and place it near me so I could get into it and jumped again, this time all was fine and I made it back to planet. I think this is a bug as I was not attacked by any players or NPC’s but seems to be something to do with being parked in deep space as this also happened to another faction member a day before. Can I get my Rhea replaced/fixed if this is a bug as I only bought I the other day ha ha and it now had turrets missing the rest I am happy to fix myself.

This SAME EXACT thing happened to us in the same zone. Luckily our Rhea’s turrets are only suffering minor damage but this is a serious issue as we are constantly losing components all over the CV as well as taking damage to all our other craft. @RexXxuS this is very real and painful issue to be taking so much damage idle in deep space.

Whelp. That does it. I will be spreading my SV’s out anytime I log in deep space. Parking out of the cv. An unfortunate and difficult ordeal in moba…

Yeap, welcome to the new bug… docked SV/HV’s inside a CV sliding all over the place inside a hangar bay destroying themselves and the CV they are attached to due to “Deep Space Shakes”!!

The dev’s need to fix this, this is very annoying bug and seems the ships are simply moving location or something, yes… even if you log out in your seat… you wont be when you get back in game. For now im having to un-dock anything i can and float next to each other, but this wont work for HV’s

And last gripe… WTF does my own SV / HV, damage the floor of my CV when i come in and the landing pads make contact to the CV. The damage collision should not be factored in when same owner/faction… so tired of multitooling my hangar bay

mine has the Warp drive explode everytime, damaging everythings near it…

Not only that but simply docking a ship to another ship can cause damage even when not in deep space… And deepspacec = bugfest. Sadly this is the best alternative to offline-protection but yeah the bugs…

If OCD does not work on MOBA you kinda need a deep space base.

This is worrying. Although i haven’t had svs damaging my cvs, it does throw my ships into weird positions and distances from my log off point. It is like my ships decide to do a Toy story when Im gone.

Also observed that it hasn’t happened to me on a playfield change but rather on a server restart. Just had an unscheduled restart and it immediately happened when HWS came back up.

There does appear to be some movement going on. My ships in space are often 20m away from where they should be and upside down etc. Also, I respawned at a safe space - homebase and found myself 300m away from the base out in space.

Agreed, its prob simulating the shaking as movement.

[quote=“UnagiKing, post:9, topic:5941”]
Agreed, its prob simulating the shaking as movement.
[/quote]My theory (pure guess) is still that this is a rounding problem for large numbers. That would explain the shaky stuff and also the movement of ships over time.
But regardless of the cause, we are waiting for a fix for this for a long time and hopefully 6.x will see it fixed.

I know this is serious but was someone able to reproduce this?

Or with a video please?

This has been a problem for me as well. Constant damage when I am logged off. I did not realize the damage came from docked ships. I always have some minor damage. this last time was the worst with my warp drive gone along with all my rcs components and some cargo boxes destroyed and the ship far enough away I could not see it. . The shaking in space is definitely worse. I would like to help video it but I’m not sure how we can do that when it seems to only happen when I’m logged off.

@RexXxuS Just park a CV/SV out in deep space and come back in a few hours and you will see all kinds of damage in the control menu. I logged for 4 hours and when i came back to my SV it had lost 4 fuel tanks, 2 ammo boxes, 60 RCS, and 5 large thrusters. The ship was fully repaired before I logged. This same thing happens with ANY ship in deep space. I feel SO bad for people who don’t have a donator planet cause they are getting fucked so hard. Our CV lost its warp drive, cockpit, tons of decor, cargo, hanger doors, random combat steel blocks taking 30% damage, passenger seats, RCS, and the list goes on. Due to the time component a video isn’t really feasible but you leave any CV/SV out in deep space for reasonable period of time when you come back you will of racked up all kinds of damage throughout the ship.

I’ll try to document as much as possible but it is mainly a core game issue with the game itself.

That shivering and shaking when you’re out in deep space, when you log off, the game might have registered that as movement and simulated this location, cant say for sure, just an assuming here. 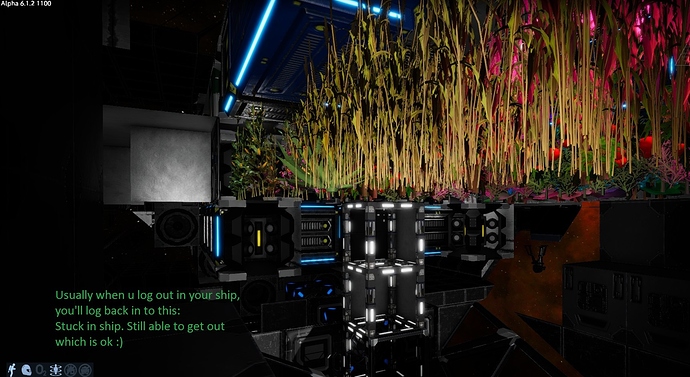 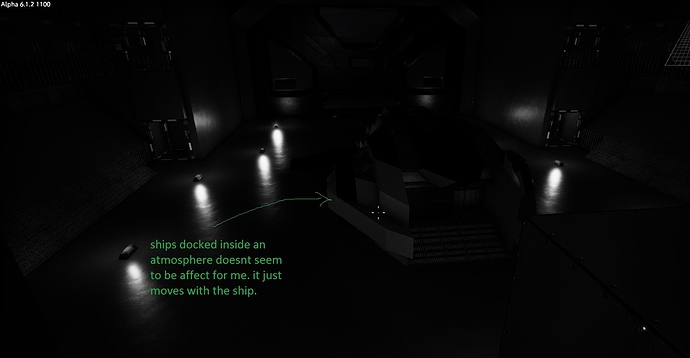 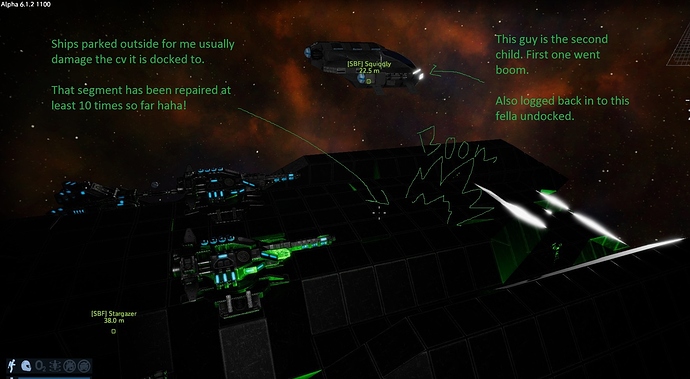 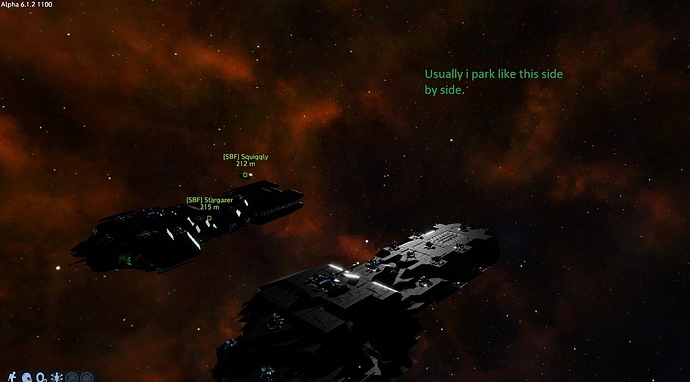 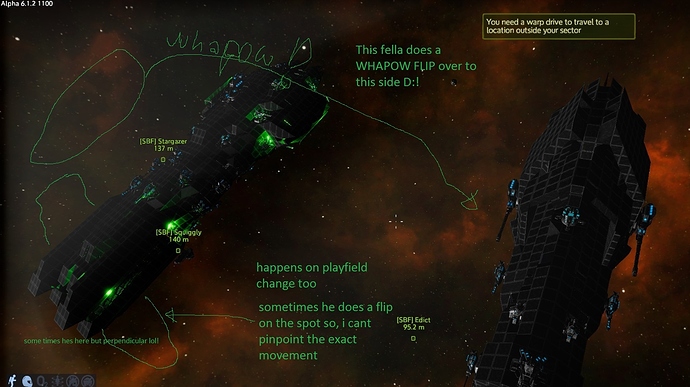 Did a few unintentional tests and here are the findings.

Best suggestion is to undock all svs and probably disassemble the docked hvs.

Best suggestion is to undock all svs and probably disassemble the docked hvs.

or… best would be to have Eelon FIX IT

It did not do this before, something about 6.0 changed this from what ive seen

lol “fist it” The space shaking is probably them… wankin.

something about 6.0 changed this from what ive seen

Collision. Most collision was ignored before 6.0, other than apparently wayyyy back in empyrion infancy, when it cause “problems”

Yes, wobbling and collision are combining leading to things like ruptured/exploding ammo boxes and fuel tanks. The severity of this has persuaded me not to spawn any new CVs. Its that bad