it’s about time to start the HWS 9 teaser cycle… so what can you expect from HWS 9?

Rework of Features and Gameplay

I will make it short and clear: HWS 9 is one of many iterations to leave the past behind and start “new” in certain ways.

But not new without all the input we got from you. In its core it will still feel like HWS but just more refined and with bigger intentions in mind for the future.

Many features we created 2+ years ago were without all the feedback and without knowing, what we know now.
So while I respect some nostalgic opinions about changes I made, in the end we created a quite different game than Empyrion at HWS. We see it as our responsibility to try to develop that “HWS game” further, together with your input. And that means of course, that some things will change.
I hope you are prepared!

Note 1: Some things are not implemented yet! Even if I needed 3+ weeks to think about the changes below, I still request your feedback. Maybe I missed something. But I really request smart feedback!

Note 2: Many calculations I did were based on the new Universe gameplay in mind. Please don’t compare coming changes too much with the current setup! 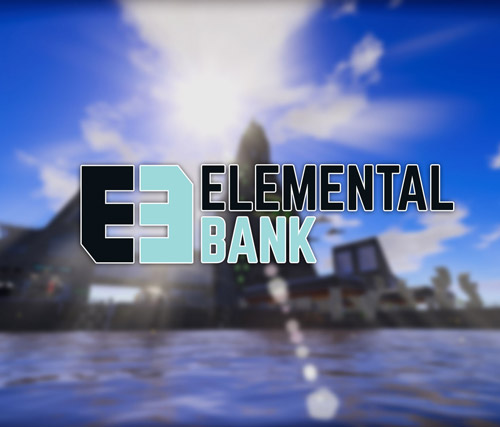 The Elemental Bank is our oldest feature on HWS! It started more or less blindly with 1+ % interest and millions as a “norm”. Back in the days I had overall not really a clue how much Gold you can gather per day - with and without Golden Globe. So it stayed more or less and the prices were reflecting that.

With HWS 9 my main goal is to reward loyal and active players even more. But not necessary with a passive interest wealth. I want to utilize your Teamwork and make use of many HWS features to play with, not only living by interest and ignore many other aspects of Empyrion and HWS.

All fees etc. are meant if you are not in the Bank / Trading Zone

Keep 2,5m credits after a full wipe => Free as default

We have basically 3 major changes coming.

I am aware that the upgrade prices are maybe bit high in the first iteration but I rather want to downscale them, than upscale. Especially with the main goals in mind: reward the active and loyal players.
Or different speaking: with HWS you will get such a big late game content now, that you maybe wish the 3 month season were longer

(my plan at least)

Once you can make full use of the HWS Ingots you can see the EB Levels as “milestones” you want to keep with the “Keep EB Level” Package.

Note: Prices of HWS Garage ships etc. will be adjusted as well along the way

As some recognized already, we implemented a big and old request from you!

First of all it is handled via the ingame permission system.

So once again make sure who you trust and elevate to an admin of your faction!
Only Admins and Founder can pay credits out of the bank. Members can only pay in.

The last important note is basically that the faction bank keeps the credit only during the season!
Everything you have in the Faction Bank at the end of the season will be lost! Make sure to pay it out before.
As writte above: make use of good Teamwork to achieve the high EB upgrade levels!

We might implement later Faction Bank levels but for now that is the first iteration.

Please test this new features and let us know your feedback! 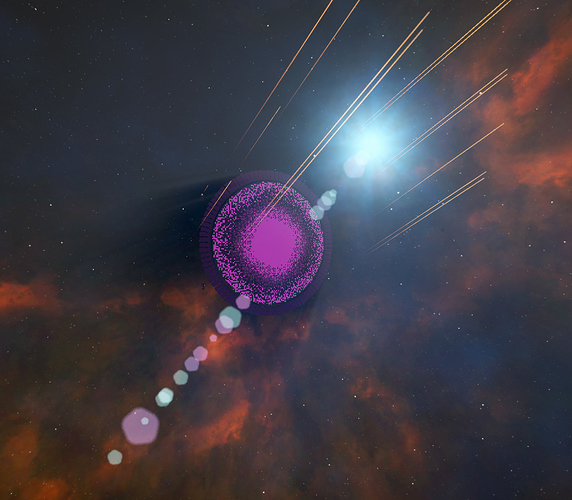 Some discovered our “silent” patch about Supergates already:

If a player (Pilot) is near you (3000 meter), you can’t use the Supergate command sg:warp:XY anymore.

A lot of people legit complained in the HWS Survey and elsewhere that PvP is not enjoyable, if they destroyed the Warp Drive tank and the enemy still could escape. We want to address this with this new addition.

Another issue coming from HWS 7.X.X were that Bases could be spawned near the Supergate to create some “surprises”.

All good but my intention has a different focus about Supergates. That is why all Supergates in HWS 9 will have “Anti-Base” Defense systems around - just in case.
=> But also for PvE to prevent camp-laggers!
Ships don’t get shot - only bases! Do not build near Supergates!

But to teaser the next part (HWS 9 Universe) as well:

There will be 2 Supergates in each orbit. One will allow CV + SV + HV warps but one new more hidden one, will only allow SVs! Everything else will be shot down to pieces.
This sneaky travel system can and maybe should be used if you want to trade very rare Commodities in HWS 9!

Stay tuned for more insights about a slightly reworked HWS 9 Universe, OCD rework and a complete new gameplay about Trading and Origins!

, i’ll wait and see until i report upon the elemental bank, getting the balance perfect will always be a difficult challenge to achieve.

What happends if you bought Keep EB this season? Are we gonna start with lvl 5 then or how will that work?

I have heard that you cannot use a supergate if someone you are allied to is near. Is this correct? If it is it needs to be changed, because an ally is not an enemy and should not prevent you from using the supergate.

Quick Question, does this mean that the bank remains the same across seasons now like OCD? That sounds awesome!

(and it’ll save a poor uni student like me from paying as much as before!)

Will the new levels be permanent, or will be have to try hard Keep EB every season?

What happends if you bought Keep EB this season? Are we gonna start with lvl 5 then or how will that work?

You start with EB level 5, if you had EB level 5. No big surprise included.

I have heard that you cannot use a supergate if someone you are allied to is near. Is this correct?

This should not be correct. Alliances are included. Otherwise a good reproduction report to @Jascha has to be made.

How is the keep 100m donation compensated?
With new eb levels that 100m becomes completely trivial & it was expensive

Also Dark’s question about those levels being permanent in the future or not is interesting question, due to very very high costs

Same mechanic as now: it always “wins” the higher “Keep credit” amount. It will not be added on top.

Will the new levels be permanent, or will be have to try hard Keep EB every season?

Same mechanic as now. The Bank level resets after each full wipe.

So getting high eb levels is absolutely pointless unless you can donate?
I feel like this is bad direction, more focused towards forced donations as it’s not realistic to gather that many HWS ingots with current ratios unless you buff RP income ALOT

Quick Question, does this mean that the bank remains the same across seasons now like OCD?

No! It’s still the same, that the levels reset after a full wipe.
OCD and OAM is the one which is not consistent… for now…

Ahhh ok ty for the heads up.

So getting high eb levels is absolutely pointless unless you can donate?
I feel like this is bad direction, more focused towards forced donations as it’s not realistic to gather that many HWS ingots with current ratios unless you buff RP income ALOT

I see that point of view but it’s not intended.
The main key is rather:

how do we get all this RP

However even if one would be able to upgrade EB5 to EB6 first day of season, they would only gain 9m credits from the difference, but end up paying 50m + 600 RP.

This would be mindless action from any player unless they can be 101% sure they can get “Keep EB Level” in every season until eternity. Still they would only gain profit after multiple seasons.

Not to mention higher levels, they are profit only after 10’s of seasons!
This kills the point of “interest” from upgrading completely