this will be the last Teaser and unfortunately not even a complete one. I still have to finish HWS, so this time it’s quite in a rush, sorry.

While I explained already that our Origins Alliance, Freelancer and Lawless are allied with the NPC Factions Polaris, Talon and Zirax, there are bit more information for you.

Before we had 3 Origin Supply Packages (fa:supply) for you. Since HWS 9 (or rather HWS 9.X) will offer much more deep gameplay there should be more for you to reach and decide for.

The Packages will be available at the start of the season at the proper Origin places. Alliance as example:

This topic will contain a table of contents Story and Gameplay The Federation Origin are the so-called ‘good’ guys of the HWS Universe. They protect the weak and the meek and they inflict justice upon those who operate outside of the law. They are not afraid to punish people who prey on the powerless. Here are some of the guiding principles, requirements, features and benefits if you choose Federation as your Origin: The Federation Origin weapon is the Epic Assault Rifle[2086] Protector of t…

Per 1000 Repuation Points you get a better package:

After analyzing HWS EU and NA it is always interesting which Origin is at the top, so to speak.
While EU has a slight different playstyle than NA it is still clear to see, that Freelancer are “the way to go” for both playstyes - PvP and PvE.

Overall I have to say that each Origin seems to give some player already a “decision” in terms of their “skill set”. That is very nice but way to less as I want it to be. Quite cool stuff is coming once I have time for HWS Skill Tree 2.0.
For now though we have to balance what we have and Alliance is obviously the “loser” here. 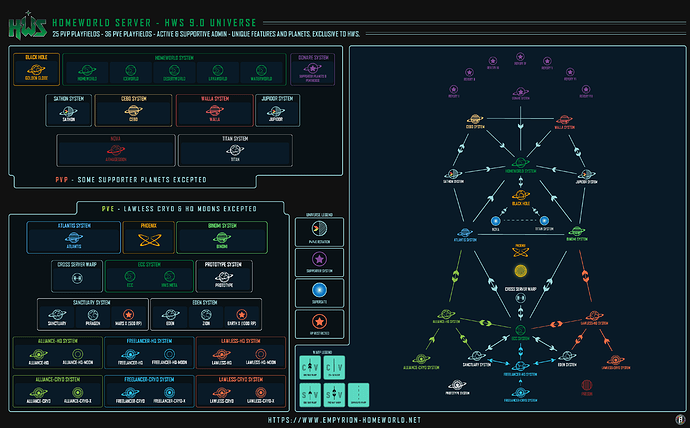 As mentioned not much will change but rather refine, since the Universe last season was one of the best we ever had. I considered a lot of feedback many of you gave me. 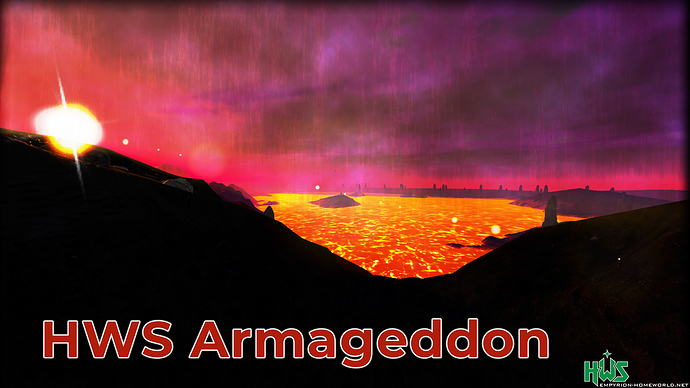 I thought a lot about Armageddon and as some know was never 100% satisfied. It was quite popular in HWS 7.X but rather because one group pushed their stay there.
Overall the PvPvE, especially the PvE part does not fit the name “Armageddon”. It must be cruel, dangerous but rewarding for the “Last standing”.
That is the reason why it is now a Lava planet, with Meteorites raining all the time and special Resource crusts underneath the lava. Have fun and good luck! P.S.: Bring good thrusters with you! Why do you think there are falling so many Meteorites all the time!? 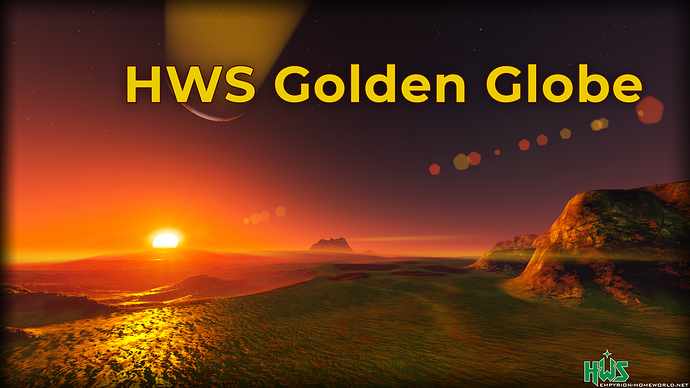 It is almost a ritual and incredible fun to see how popular this lovely Planet become over the years. “Empyrion Golden Globe” is filled with awesome videos on Youtube - thanks for that!

But we all will swallow and forget the HWS 8.X season and the EGS Bunkers, yes we do.

In HWS 9.0 you get a new GG Planet with high Mountains here and there for perfect attack-cover or Base locations. Mixed with one big Arena again but a lot of smaller red gold spots you will enjoy the high variety of that Class 2 planet for sure.
Not to mention that you can just drill your way rich again everywhere…

All limits and base spawning stuff will be untouched for now except that you have Anti Grief again, IF you use the Land Claim Device in your base! 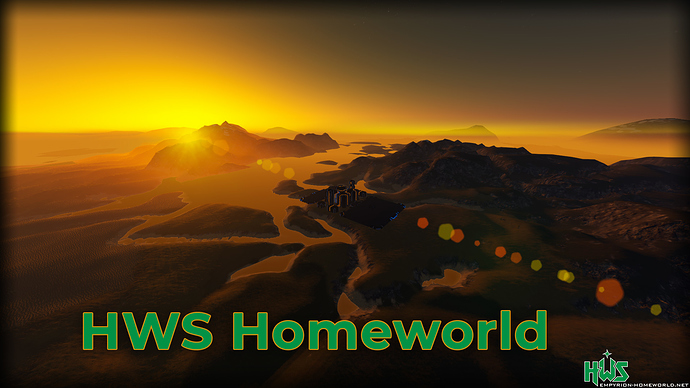 The biggest change (and hopefully working) will be the planet Homeworld!
As you saw above, you get 70 RP if you “Conquer” the planet!

Just as mentioned above:

That should be it for now. Some of mentioned things are still not done, so I will highly push myself now.
As I said multiple times by now: time is missing for more cool stuff. But it seems a pattern, that the HWS X.X seasons are always better, than the pushed HWS X.0 seasons

I hope to see you in HWS 9 nevertheless and you like our work!

P.S.: Today is the last day I can implement HWS Supporter Planets / Spaces. If the current Supporter Planet Owner do not contact me, their planets won’t be in HWS 9 at the start.
P.P.S.: I can’t promise to announce the Survey results before the new season. But once again thanks to all, your rewards will be delivered one by one (don’t stress too much, I won’t forget it!)

All limits and base spawning stuff will be untouched for now except that you have Anti Grief again, IF you use the Land Claim Device in your base!

winner has access to Homeworld until the next day 5PM

Keep on doing what you’re doing Rex, this seems spot on for 9.0 “good work”

Yup same here, the fact that this hasn’t blown up to 300 messages already is that silence normally=hapiness haha. I really like the look of this! I’ll certainly be popping on to take potshots at enemies hahaha

Ok so is gonna be the 3rd season here and i can speak as a pvp veteran too now and i can add some criticism.

At the moment just the faction.

ok let’s face it, assuming all deaths from opposing origins occur in pvp, I consider that the punctuation of origins as to Rp by death from opposite origins must change, see in pvp we usually shoot first and ask after, right? partidno of this point I consider that all the origins must gain points in RP in zone pvp for killing, even if they are of the same origin, after all you are in a zone of war the danger is mortal and to turn off its weapons is not an option, I consider that both aliaça and without law and freelancer should receive Rp for killing in pvp and not to become guilty, even in killing itself of the same origin, the term guilty must be put only if it is dead in territory pve with hand weapons and or entering in the red zone or for a reward of more than 10 million, still the rp for death in both origins must be matched and even if the same origin is killed in pvp, he is not guilty because he only receives half of the rp he would receive if he killed enemy source .

Thanks for your Feedback guys

Hope to see even more PvE and PvP in HWS 9!

You forgot the passive RP Gain for Lawless:

Story and Gameplay The Lawless Origin is a self-seeking group, but they are proud, skilled, and cunning. Though some may consider them to be the ‘bad’ guys in the HWS Universe, they are undeniably brilliant opportunists. They excel at liberating players from their possessions and joyfully force this fate on any and every Origin, including their own. They thrive in almost any situation, overcoming adversity by their wits and often find that their only allies are other Lawless members. Here a…

But overall I never said that Alliance is a PvE Origin

Everyone have strengths and weaknesses.
About guilty and bounty I’m not satisfied myself yet. I will rethink these two features for awhile soon.

Sathon and jupidor - Honestly we need those?

The HWS Survey said yes and overall I have a new idea for them, but guess time is missing to get it implemented for HWS 9. In HWS 9.X then.

because only Law less and Alliance origins win Rp by killing each other in pvp, if in pvp we are all enemies … even if we are of the same origin, this must be modified already this time and is broken, there were many fights in pvp where we fought alliances that contained in their ranks groups of different origins, ie this rule
Rp is contradictory …

Here we are, this is a really good and constructive post Paxxo, I agree with specific points, well said!

Best regards and happy Christmas to you and all.
Wise.

Hi Rexx jut to be sure, if i am alliance and want to fight for the Homeworld Planet, I will loose the Bonus for living all in PVE right?(the same if I build a Base on Titan )

If you have structures in PvP at 9am server restart then you are counted as living in PvP for that previous day. Same for PvE.

Remove all your structures from PvP at least 5 minutes before restart and you should be fine (sooner than that is better though.)

Edit: I updated the HWS Universe 9.0.

Actually a feedback from some guys awhile ago but within the HQ PvE system, the Moons will be PvP.
The first easy steps for some to participate and test PvP.
Moderate Loot / Resources there to attract them.

Yeah, but if he kills a freelancer he gets Jack and you get 5RP. And if he kills an allaince he gets instant guilty and -5 RP So there is some balance.