Prepare for the full wipe on 20th March everyone! (~2 weeks left)

And as always I want to give you trailer / teaser / previews on the coming season I work very hard for day and night!

After 2 years and a lot of discussions, videos and experience we will remove overlimit weapons from HWS Garage ships. We highlighted the coming changes in orange here:

This topic will contain a table of contents [Garage Ad II] HWS Garage is a very unique way of getting extremely special ships and is only available in certain locations and for some serious credits. These are ships you probably cannot find ANYWHERE else in the universe, and are coveted for their special abilities. Most of them have Alien NPC Cores, CV components in SVs or a SV with HV Drills for example. HWS Garage now offers 2 ranges; our legacy range and running along side it our new DX Spa…

That means a lot of Garage ships will be very cheap now but still give you infinite fuel (Alien Core), insane mobility and enhanced armor, worth the credits for sure!

However, thinking quite long about it I came to the decision to increase the overall gun limits here and there.

One of the main reason is - redundancy & decision. Something I’m a fan of.

Example:
As you know you can only fire with 21-22 SV guns. If you equip all of the weapons with the new limits it will mean you reach ~26 SV guns for example, making some random guns inactive.

Together with our HWS Config + EWS you have now a bigger range of possibilities to prepare and decide fights in your favor.
If one gun gets shot down you have a fall back plan e.g.

The other reason especially for turrets is the coming Alpha 10 patch and overall pace in PvP fights. Especially Artillery Turrets are easy to dodge but in quantity the skill is increased to doge many of their shots.

In my opinion a good compromise to boost your regular PvP and not decide fights with (overpowered) HWS Garage ships.

Anyways, please let me know your thoughts about it!

That brings us to the great event yesterday! Again, thanks for so many players participating!

I used the moment of distraction to sneak my first Twitch Stream as well.
So if you wonder who the heck this RexXxuS guy is: there you go

What crazy ship you had?

Overall I was really nearly dead. Few minutes more and you would have killed me! 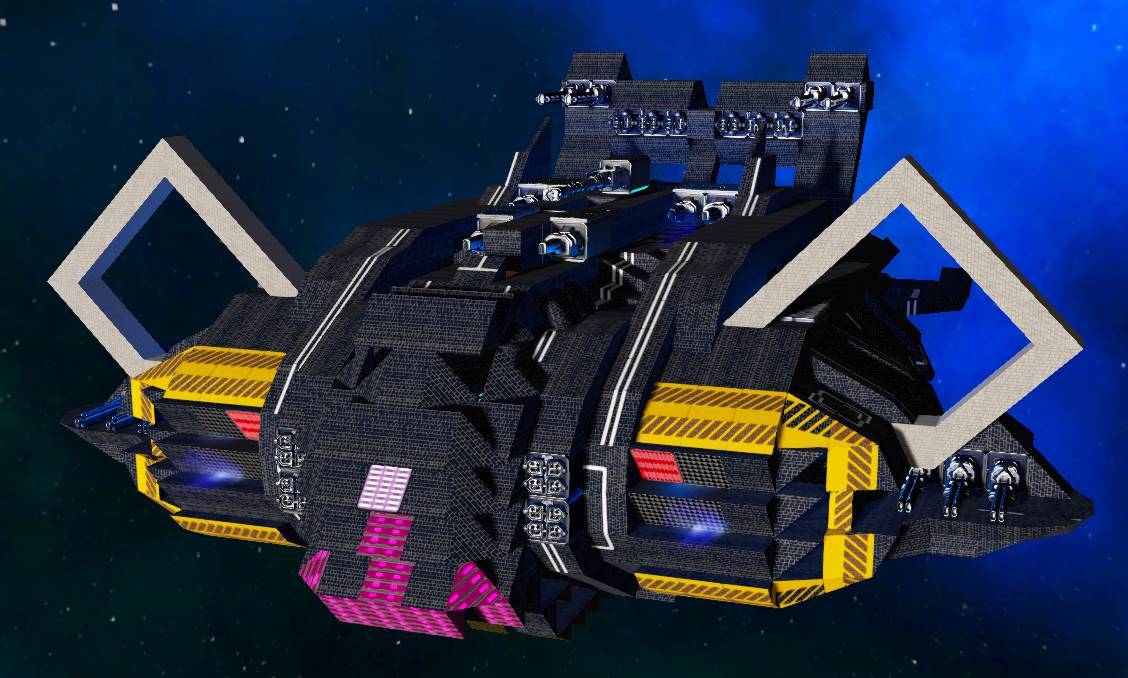 It was also a teaser about a new, big, enhanced HWS Skill Tree 2.0 feature coming this year.
10 000 Health will be the maximum you can invest your HWS Connect Skill Points into. But the decisions for skilling will be harder, it will be not available for all Origins and way more possible to skill in general

Finally? Almost!
We are still processing every member who participated - more than 60! We really hand out the rewards tomorrow!
Especially the CSW guys make it difficult for us to hand out the reward to the NA server to not let it overwrite, as soon as NA guys do a CSW back to EU.

Anyways, the rewards are

Everyone who participated get:

So stay tuned for tomorrow, the next days with another Trailer and the new coming season for sure!

I really hope everyone will enjoy it!

instead of 2 BAse Artillery Turrets

Hasn’t it been 4 the whole time though?

Btw is it possible to get an extra 2mil tomorrow, for that bounty. I highly doubt you’ll go to PvP anymore this season, and i was hoping it would have been taken yesterday.

Excellent changes rexxxus, I particularly liked you addressing the garage ship issue. I hope to see a more balanced playfield in the next season, and these changes make it sound like standard ships will finally be able to stand up to garage ships without being totally destroyed.

So that’s why you had the 10k health cheating

It is sad to see some of the over limit garage ships go, but all in all I like and agree with the changes. Also excited for the event rewards. it was my first CSW, and I failed miserably at it (learning experience lol). but still good times.
Excited for next season!!!

Just to make sure I read it correctly, rocket is getting reduced from 8 to 4 on a CV? I haven’t played in a bit but how will this work with flak etc? Because that isn’t very many flak/rockets on a CV. Flak is my favorite CV weapon.

There’s no change to CV mounted weapons & flak-turrets according to the weapon changelog
Recap:

CVs now just get 3 arty turrets instead of 2.

Look at the video in the 15th second.

I bet he meant the hard fire rockets on CV’s now that I read it again.

Well… most buy the ships for mining, and other adv like furnace and stuff in cv.
Other reasons to collect gold:
Ocd
Am
Marked
Npc sellers

There is also plenty of missions to do without killing for own entertainment, or grind for gold

I bet he meant the hard fire rockets on CV’s now that I read it again.

Look at the video in the 15th second.

You won the 1m credit prize

Wanted to see who finds the error

It’s a typo of course and is the general info
“Rocket Launcher: 8 instead of 4”

The Event reward was handed out now!

I hope no more mining sv since those are destroying pvp. There is no necessity to put a base when you can fly in and out a pvp planet with a mining sv. If only the hv have a mining role the people will put a base to protect their ground assets.

where are shinies man? i logged and no shinies!

where are shinies man? i logged and no shinies!

Did you used the event command ev:Start:killrexxxus ?