Oh well… I am very excited to start this and even more how all of this turns out later. But let’s start!

If time holds my hand I want to release every day one big teaser for HWS 6.0!
And today we start with the total biggest and most important one:

It was a rough road and a long one of course - but we reinvented the RP system a lot. Not only new checks to get RP but also an unique way to play with them.

For that we need our well known origins; you will recognize all of them again: Freelancer, Trader, Hunter, Guardian and Pirate.
But they are still new in their way of playing - do not get lazy! Let us jump to the details.

Trader - your friendly economy specialist at your service

The smart discoverer - the imperturbable Freelancer

To protect the one who needs to be protected

There is no one safe - not even yourself

Now this is somehow familiar, this is not new, right? And maybe you say “what?”. Doesn’t make sense and imba and and.
Got ya. Keep quite - let me introduce:

The HWS Hunter Board

It took really a long time to think about it and implement but here we go in the first run.

Let me explain how it works in detail.
First of all there will be one big and crucial new word following HWS in 6.0+ all the time:

It is almost a new currency. You can become guilty and you can get rid of it. It will help you and it will kill you. All your choice.
How you become guilty? See below and later announcements…

However here are some facts again I will explain shortly after:

Freelancer got settled in the universe and established themself throughout the Origins.

Alright - PvP got boosted, hm!? Poor Traders though. But a big step, right? Especially the times are coming where Guardians and Traders should work together… maybe…

But well why stopping here?

The sacrifice of the Aliens

A complete new and unique way to get RP for everyone is waiting for you. It is involved by playing and enjoying every aspect of HWS and the game. It is challenging but also enjoyable.

How it works:
For Missions, for Events, in the Blackmarket(!?), for exploring the universe in general you can get these Containers and as soon as you have them in your inventory a check is being made if you have your Epic -Origin- Weapon with you and it gets removed again from your inventory. By removing you get the +3 RP.

Now you know one of the biggest part of HWS 6.0 but don’t think that is all - it is just one part of many…

Thank you for reading and have fun thinking / preparing for your best start in HWS 6.0!

A civil discussion between guardian factions killing each other in 6.0.

hmmm, seems an uneven opportunity to collect RPs. From max 3 for trader to max 10x3 (killing pirates) + 10x7 (killing hunted). Not sure what the impact is of having or not having RPs, but if the impact is substantial, than the system is skewed to certain origins (e.g. to live on RP planets, etc. if that is still the case in 6.0).

I see great opportunities for cheating (pirate and guardian agreeing to kill each other 10x a day).
Does a kill still cost 1 RP?

What is the drawback of being guilty? Just that you can/will be hunted? is it your location that is posted? The last could be a big impact (giving away base locations, etc.).

We just don’t know enough yet to understand what will happen exactly, but I would create some extra trade RPs for traders as they cannot get them any other way… Also better implementation of the black market, i did not see much action there (but that could be me)…

This is one of many ingredients of what will make 6.0 different. Traders are not meant to be PVP oriented, so this part of the system does not provide them a lot of benefits. 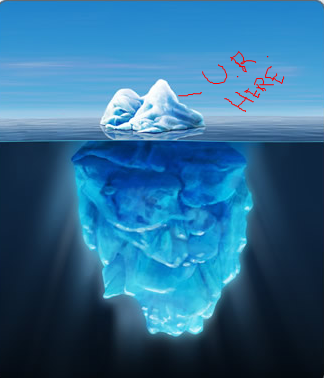 No way to hide your location? I’m afraid it’s the end of space bases. We need something to hide from this:

What? Being guilty has a cost? NO!

There are always ways to be the bad guy and be succesful at it… but its not a cake walk.

No way to hide your location?

Yes, don’t be guilty. If you are going to live that life it’ll be hard, that’s the whole point.

If someone wants to be a bad guy they won’t be able to hide from the repercussions anymore. I am thrilled about this.

We won’t know until new spoilers.

How will fa:supply be changing?

Just to clarify these are the only changes regarding factions. Specific faction wont be nerffed regarding the amount of weapons or maybe smaller ships.
'
Kind Regards

No way to hide your location? I’m afraid it’s the end of space bases. We need something to hide from this:

I think this is a good idea. Create opportunities to hide some of the time, but not all of the time…

I get I only see part of the picture (it was just a teaser), bit it does start me wondering (I think that was the idea of bringing out the teaser)

I am just saying that if Traders cannot gain reputation through PvP, they should be able to get reputation through being a very active / successful trader. Again all depending on what RP will get you. From a storyline perspective that does feel like a logical direction. So if PvP gets you points for 10 hunts/kills, maybe trade should get you points for 10 trades a day in stead of 1…

Anyways, love the work you all put into this game, enjoying it very much

Is there going to be a time limit on how long someone remains on guilty board, is the only way off to be killed?

Just sharing my initial reaction upon reading this, there may be very few (perhaps none) guardians post 6.0 (understood more is to be revealed). Pirates and Hunters will use guilty board to setup ambushes. Eventually, all pirates and hunters will be on the guilty board. Only pirates and hunters will use the information on the board. Anyone else appearing on the board are left with three poor choices, 1) go somewhere empty handed just to be killed to get off the board and hopefully before faction asset locations are revealed, 2) never leave pve, or 3) permanently log off, session over.

I also agree that giving out co-ordinates is a huge security concern for all players (this is a survival game after all).

All we, ask his LONG AGO. All who pick role-side, and play like Pirate - or settle and overcrowd planets with tons of useless structures - must be find and killed! Thats good, that guilty has such options.

My hope is that a balance be found where by the wolves in total number are less than the number of prey, as seen in nature. My expectation for this is there will be wolves in abundance, and very little prey.