check here the previous Teaser out:

Hey @everyone, today I start with the series “Teaser Countdown” — releasing each day a new Teaser for HWS 8 until the release. I try to cluster some things, spoil as good as possible while still granting you some surprises on the release day! Today we start with 2 big things: 1. Chatbot rework [HWS-8-popups2] Here you can not only see a new feature to whisper to another faction but also the overall change regarding our chat outputs. [HWS-8-popups] This not only improves the performance d…

Hey @everyone, after the first Teaser about the HWS Marketplace and Chatbot rework, it’s time for another new feature in HWS 8 I teasered already couple of times Supergates [HWS-8-supergate] With Supergates you have now the possibility to warp with your ship(s) to another playfield - since the normal Portals can only warp your player. This allows more dynamic within the Universe. Especially since we implemented for the Supergates a simple “Allow” and “Deny” system, similar to the Sector m…

Hey @everyone, Click here to check the other Teasers: https://forum.empyrion-homeworld.net/t/hws-8-teaser-countdown-i-chatbot-hws-marketplace-rework/11905 https://forum.empyrion-homeworld.net/t/hws-8-teaser-countdown-ii-supergate-player-faction-activity-reward/11914 Today the teaser covers two bigger changes for your gameplay. Origin Scan The main problem with our old mechanic “Alliance vs Alliance” was that you couldn’t know if your victim is actually an Alliance player or not. With HWS…

Today I want to show you the bigger impact of the Reputation Points (RP) in HWS 8.

Our HWS Feature HWS Garage is one of the most used features we have and it got even “” adopted “” by other servers.
The detail however is that some HWS Garage ships are more used than others and these “hot” ships are frequently bought by the same players over and over again.
(X-7B got bought 69 times on NA for example) 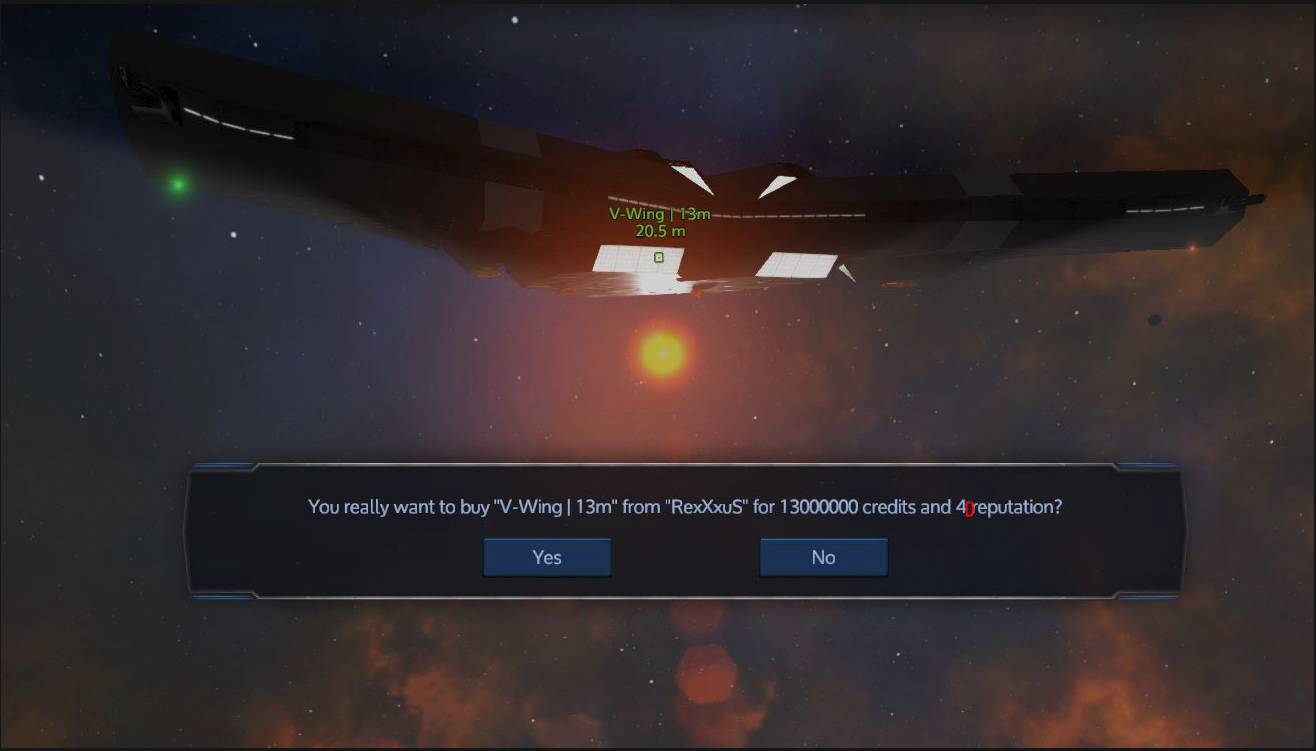 What that means in detail: Reduce your Blueprint Time production by spending Reputation Points for it.

That not only fills the gap about “only Donator can spawn ships instant” but is also another big motivator for you to earn Reputation Points.

You see that RP becoming a bigger role in HWS 8 I hope?!

Only one additional RP change is missing…

Overall I think it is great to see more in game uses for RP, and it increases the relevance of RP as a HWS currency.

I like both of these new options, but do wonder if on the Repair to BP time command if 1RP for a one minute reduction is too little, I would have thought 1 RP for 5 minutes would be more balanced.

On the reverse side I think 1 RP per multiplied by the number of time you buy a certain garage ship is possibly too low. As garage ships are more valuable and spawned much less frequently than regular ships. So perhaps 5 RP time the number of purchases of a specific garage ship. (I am assuming these are per season and per player purchases)

if on the Repair to BP time command

This has nothing to do with the new “Repair to BP” feature.

We only cover the Blueprint Factory here.

Yep I got that - it was a typing mistake

Hmm yeah, it’s a first version. We can balance this along the way.
1 RP per Garage ship sale is indeed quite low if 69 ships were sold in last season.
Will increase it.

As proposed, I think it will rarely, if ever be used. To be attractive, it must compete with factory time reduction when components are fed into the factory.

The factory time reduction by components is so good (and no cost) – I use it all the time, and rarely use do:bp. Only once in all season 7.x.

In addition, the larger BPs can take 20 or more hours in the factory. The cost in RP to cause a meaningful reduction is prohibitive at 1rp = 1minute.

this is too costly to really be useful.

Thanks for the Feedback so far.

Balancing is a very hard thing if you have data of 1000+ players under your fingers…
We will see if we can increase the RP / BP time ratio a bit, while still not making it redundant.

it was bought 69 times… and then never… purchased… again…

Rexx an appropriate value would be something between 3 and 6 min per RP, below this range or above makes the value prohibitive, or even very cheap, which I suggest to you, if possible attach it to the class of ships where the lowest value would be for class minors and the highest for the larger class, where 3 min / rp for classes 1e2; 4 min / rp classes 3 and 4, 5min / rp classes 5 and 6 and last 6 min for class 7 …

We adjusted the two values already.

Thanks for the Feedback.

if possible attach it to the class of ships

Good point - maybe for the future